Sake is increasingly making its mark across the world appearing on wine lists, retail shelves, and in the cocktails of drinks professionals in-the-know. But, it’s a drinks category that is still not widely understood - partly because of its seemingly complicated labelling.

Don’t let this put you off. Once you can understand some of the key terms, you will start recognising some of the main styles of sake. To start you off on your sake journey, here are eight key terms to learn:

This refers to one of the key ingredients in sake. It’s a type of mould or fungus called kōji-kin which is grown on steamed rice grains releasing enzymes to help turn rice starch into sugar. Many ingredients in Japanese food - including soy sauce, mirin, miso and rice vinegar - are also fermented with kōji. Sake producers cultivate special strains of kōji for each style of sake by adjusting temperature, moisture levels and batch size. 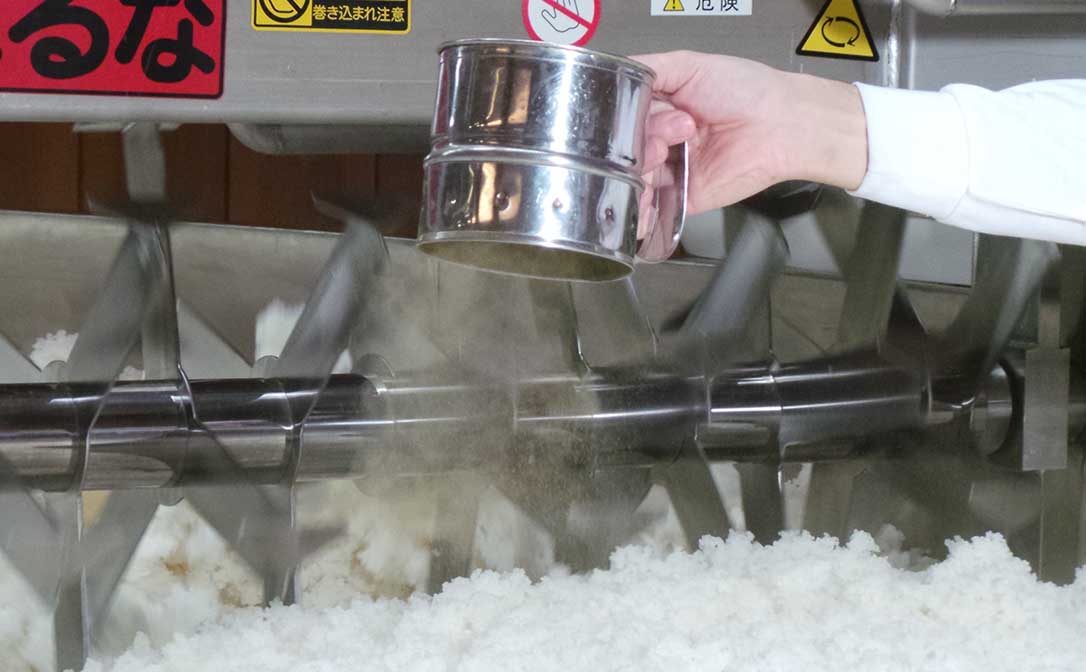 Umami is one of the five basic tastes. It’s hard to describe but it’s a meaty/savoury taste. It’s also found in high levels in seaweed and fermented and aged foods such as mature cheeses, dried mushrooms and soy sauce. One of the factors that makes sake’s flavour different from any other alcoholic drink is the presence of umami. Umami flavours tend to be most pronounced in the Junmai category of sakes - especially the Kimoto or Yamahai Junmai category.

Sake brewers start with whole grains of brown rice. They then slowly remove the outer layers of rice in a mechanical rice polishing machine so that it becomes white rice. They can then continue to polish the rice, removing the middle layers. The extent to which they remove layers is called the polishing ratio. The polishing ratio is the percentage of white rice remaining in the centre of the rice grain after polishing. If the polishing ratio is 40%, then 60% of the outer and middle layers of the rice have been removed. The polishing ratio has a significant impact on the style of sake produced. If the brewer decides to remove almost all layers leaving just the core - almost pure starch - then the resulting sake will typically have purity and more fruity, floral aromas. Whereas if a brewer only polishes away some of the middle rice layers, then the resulting sake will have more complexity and umami flavours, with cereal and lactic aromas. 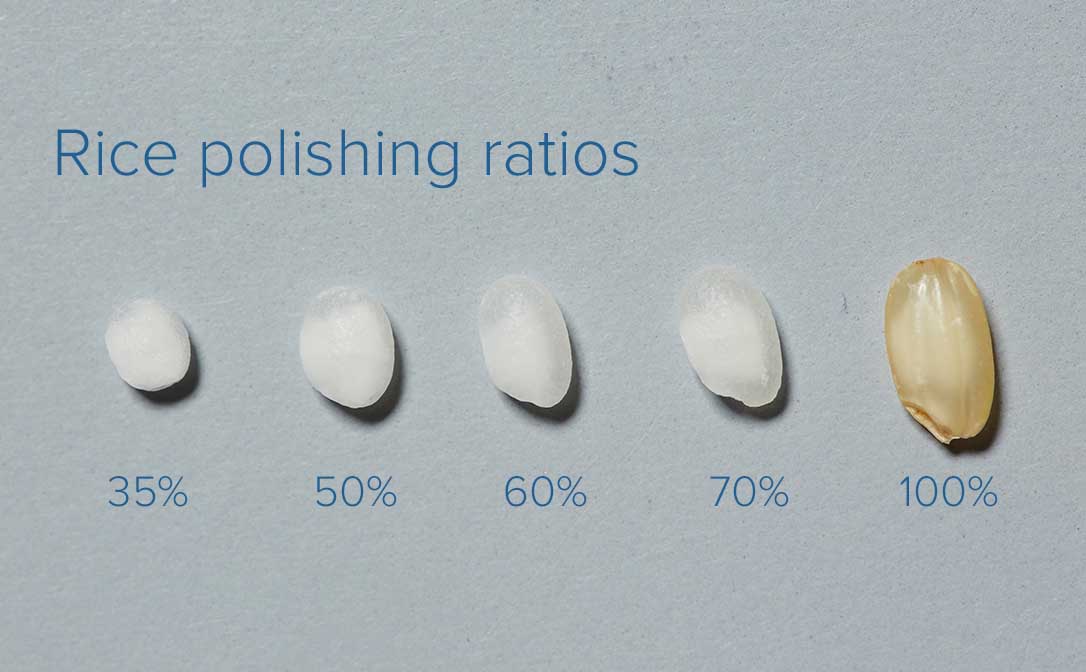 Ginjō refers to one of the two main styles of premium sake. Ginjō sakes have to have a polishing ratio of 60% or less. Ginjō sakes typically have pure floral and fruity aromas such as melon, apple, pear, rose and aniseed. These aromas are called ‘ginjō-ka (ginjō aroma).

When tasting wine, a long-lasting finish indicates a good quality wine. However, in the world of sake, it is a short, clean finish that demonstrates quality. Kire is the Japanese word for a clean, crisp, cleansing finish. When you drink sake with kire with food, it acts like a sorbet, removing flavours and refreshing the palate. Achieving a kire finish in a sake is a great skill.

Shinshu literally means ‘new sake’. Most brewers only make sake between autumn and spring/early summer. Shinshu sakes are released around mid-November to early December after the first press has been completed. Shinshu sakes are unpasteurised and are only available until early summer at the latest as they are extremely sensitive to the heat and maturation occurs much more rapidly compared with pasteurised sake. These sakes have an extremely fresh, lively and expressive taste with a lingering finish.

Koshu refers to sakes that are aged for long periods. As it ages, sake evolves to medium or deep gold, amber and even brown colour - without any oak contact. Ageing creates richness and complexity as well as encouraging the development of aromas such as caramel, toffee, molasses and nuts. Some earthy/vegetable notes - mushrooms, soy sauce, pickled cabbage and radish - can also develop.

Kuramoto means sake brewery owner in Japanese. The philosophy and technique of a kuramoto are key determining factors in a sake’s style and quality. There are just over 1,200 kuramoto in Japan today although the numbers are declining every year. Traditionally, a kuramoto owned their business and a seasonally hired tōji (master brewer) managed the brewing. However, recently there is a trend towards kuramoto-tōji - a younger generation of business owners who are also master brewers.

Interested in learning more about this fascinating beverage? You can find out more about WSET’s qualifications in sake here.

Prepared for WSET by Natsuki Kikuya, founder of Museum of Sake and WSET sake educator.