In part one of our spotlight on the Pinotage Youth Development Academy in Stellenbosch, we spoke to Programme Manager Siphokazi Kwakweni to gain an overview of their course and its benefits.

Now we speak to four students, for whom the WSET Level 2 Award in Wines was a particular highlight, to get a deeper understanding of what the course has meant to them and what they learnt.

For many of us around the world, South Africa is known as a region that’s synonymous with wine. For those of us who aren’t deeply familiar with the country, it can be easy to imagine all South Africans growing up with an intrinsic knowledge of wine. But we often tend to forget the vastness of the country, the nuances in culture and differences in family traditions.

“I’ve never seen [my family] drinking wine”, said Kwanele Mhlobo, who is originally from a small town in Eastern Cape. “It was [only] when I came to the Western Cape that wine became a big thing, and now I’m drinking wine! Who would have thought?”

Did you miss out on part one? Click here to read the Q&A with Siphokazi Kwakweni, Programme Manager, PYDA, Stellenbosch, South Africa. 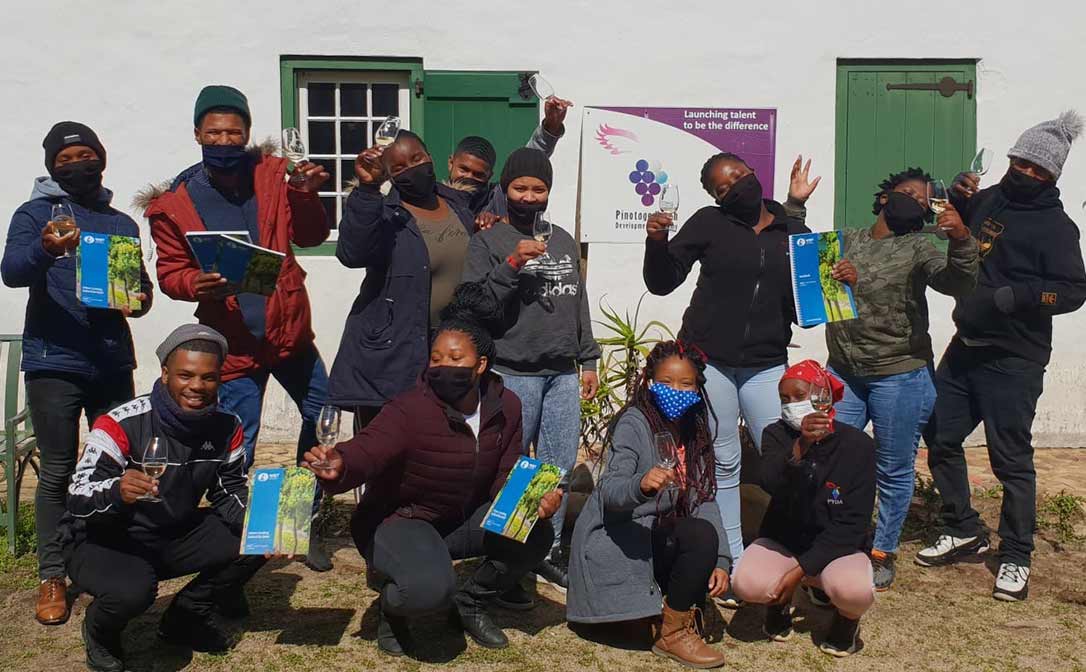 A sentiment echoed by another former Eastern Cape resident of Ntomboxolo, Jejane, “Wine was just [seen] as a drink like others. I never thought about it.”

But even for those that are surrounded by vineyards, the thought of actually carving out a successful career in wine can be a very distant dream.

“I grew up surrounded by vineyards,” said Phiwe Vokwana, “I was a child and I didn’t realise grapes were so important - we just thought they were to eat. We would go [to eat the] grapes then get chased by the farmers!”

That 'moment of realisation'

Part of wine’s charm is its romanticism and we love to hear stories of a ‘lightbulb moment’. One particular sip of wine, a holiday vineyard tour that flicked a switch – a point which changed the course of someone’s future forever.

For Ntomboxolo, this magical moment did happen, “At my first work [place] as a waitress they had a wine tasting and that’s when I fell in love with it.”

“Before, I used to drink wine and dilute it with coke - that’s how everyone would drink it. But at the tasting, there was a dry red and I enjoyed it. That was what was so surprising for me; I don’t know where all that enjoyment came from!”

Shannon Strauss also experienced ‘that moment’, “During my work experience [at a restaurant] there were a few people fond of wine. There was a customer who said he wanted a bottle of chardonnay, and I was like, ‘what is this name?’’

Shannon laughs as she remembers, “I pronounced it as ‘kard-annay’. I didn’t even know the name and didn’t know what I was selling, so that lead me to decide that I needed to level up and learn about wines.”

But once these students began to study wine, they were particularly attracted to WSET – its global recognition and its exploration of the ‘world of wine’.
“Here in South Africa, you learn about wine from South Africa, but on the course, you get to know about wine from Spain, America and all the other wine-producing countries,” said Phiwe.

“It was a very nice and beautiful journey to be taken into these countries and understand their wines and regions and compare them to ours and each other,” added Ntomboxolo.

“It’s amazing to learn how people take care of the vineyard. WSET has opened up my mind to the details. So, for example, you get a Pinot Noir from a warm climate and a cold climate, and the Level 2 Award in Wines has taught me that they won’t taste the same,” said Kwanele.

If you’re keen to learn more, discover the style and quality of wines made from 22 grape varieties produced in over 70 regions around the world. Click here to find out more about the Level 2 Award in Wines. 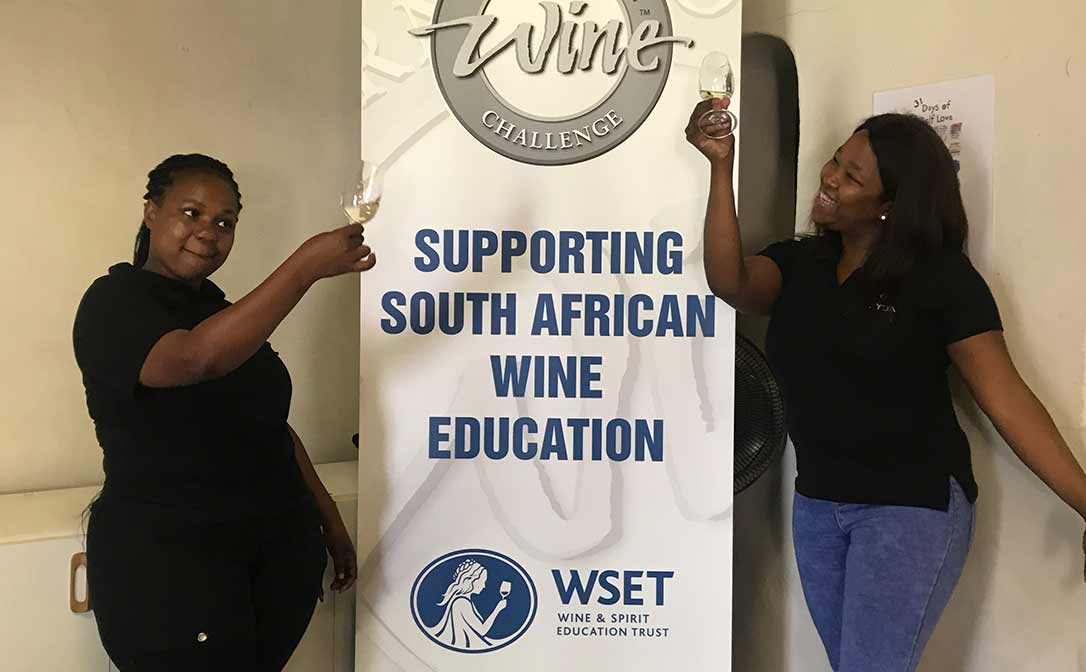 But the Level 2 Award in Wines hasn’t just given the students wine knowledge.

“I got the chance to improve myself. Not just my experience with wine, but to develop myself. I was growing on the course, and I learnt to communicate with people professionally – and learnt to be on time!” said Shannon.

“I love travelling, so when I got to know about international wines and learn [about] the places that produce wines, I became aware of new places around the world. It makes you just want to travel and see those places,” said Kwanele.

Now that they have their Level 2 Award in Wines, what do these four students want to do next?

“I hope to go to France,” said Kwanele. “I would love to go on to study the Level 3 Award in Wines. One thing I am sure of is when I go back to Eastern cape, I will be going with wine and show them a bit about what I do, and maybe influence a few other people to get into wine.”

Phiwe, who used to eat wine grapes as a child, wants to (somewhat poetically) become a winemaker and both Ntomboxolo and Shannon hope to become sommeliers.

While the Level 2 Award in Wines is a qualification centred on wine – it’s clear when talking to these students that it opens your eyes to so much more. They have discovered history, geography, science, and from speaking to Kwanele, it’ll be opening up his passport to many new travel opportunities too!

The journey of these four students perhaps shines a light on the hardest lesson of all, that there's always something else to know! Kwanele summarised this perfectly "The more you learn about wine, the more you realise – actually I knew nothing". They've taken the first step and embarked on a limitless quest for wine knowledge and self-development.

Feature Q and A Wine
All Articles