WSET is proud to announce being named a winner of The Queen’s Award for Enterprise 2015 in International Trade, the UK’s highest accolade for business success.

Founded in 1969 to meet the training needs of the UK trade, WSET has since grown to become the world leader in wine and spirit education. In the last academic year alone 56,215 people worldwide sat for a WSET qualification across 62 countries. In the past decade the proportion of candidates taking their qualifications outside the UK has grown from 37% to over 75% and annual overall candidate numbers have more than quadrupled.

Perhaps most satisfying for a British business operating in the wine sector though, is the growth in student numbers from some of the world’s most well-established wine producing and exporting countries, including France and Australia who sit firmly within WSET’s top ten markets. WSET candidate numbers in France have quadrupled since 2008, whilst Australia delivered an eightfold increase over the same period. As well as growth in traditional wine producing markets, Greater China is fast on the heels of the UK to become WSET’s number one market.

WSET’s Chief Executive, Ian Harris sees WSET’s success as a reflection of the industry’s continued recognition of the UK as a hub for the global wine and spirits trade.

As a country with a historically low domestic production, the UK has always been one of the world’s largest importers of wine. This exposure to different styles and grape varieties has given the British a rich understanding of wines and spirits from all over the world – making us well placed to be world leaders in the industry’s education.

Originally founded as an organisation for training the UK trade, the team at WSET has worked tirelessly to expand its influence overseas and now attracts the interest of keen amateurs as well as seasoned professionals across the globe. It is fantastic to have our efforts acknowledged by HM The Queen.

Approximately 140 Queen’s Awards have been announced this year for outstanding business achievement in the fields of International Trade, Innovation and Sustainable Development.

The awards are made annually by HM The Queen, and are only given for the highest levels of excellence demonstrated in each category. 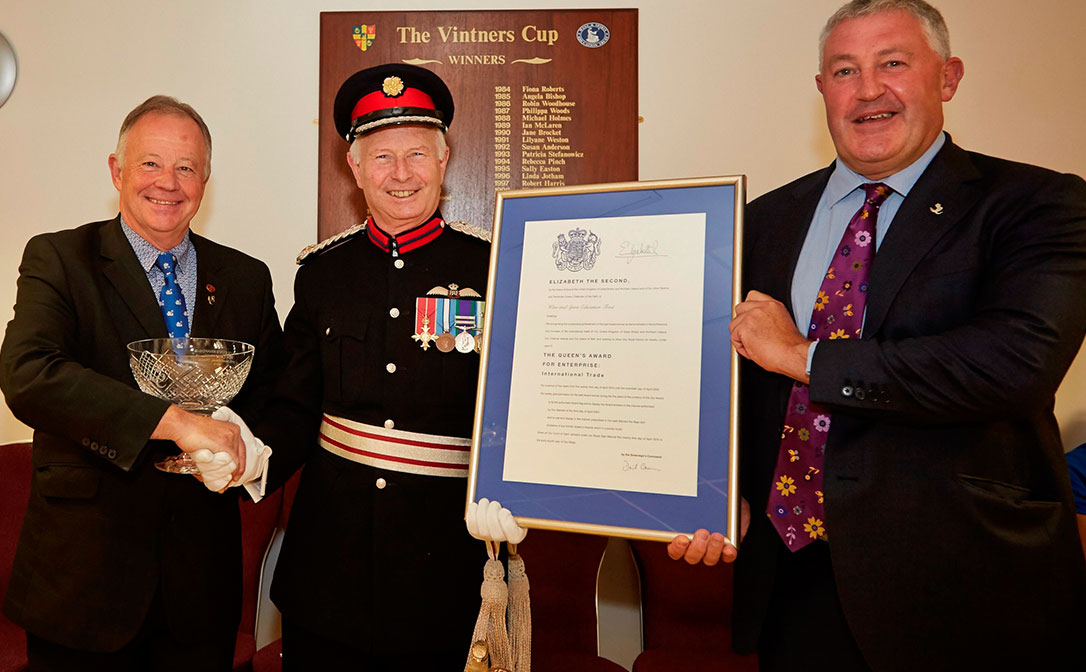