Ian Harris, WSET Chief Executive, said, “Our students are at the heart of WSET and the Guildhall ceremony is all about celebrating their success. With our largest ever class of Diploma graduates this year, we now have over 10,000 WSET graduates globally. We also congratulate our scholarship and award winners who achieved outstanding results in their exams last year. Over the last 50 years more than one million students have taken a WSET qualification across 70 countries. With over 800 Approved Programme Providers, WSET’s global presence is stronger than ever."

Following the graduate procession, outstanding candidates for the 2018/19 academic year were presented with awards and scholarships in recognition of their achievements. The flagship award winners were:

As the student who achieved the highest overall mark across all units of the Diploma in his year, Timothy Clark is the winner of this year’s Vintners’ Cup. Timothy completed his Diploma at AWSEC Hong Kong and works for the Real English Drinks House, Hong Kong as Asia Brand Ambassador. Timothy commented, “I am delighted and profoundly honoured to receive this award. Looking at the names of some of the previous winners is humbling, but also inspiring. I am also relieved that the countless hours I spent studying turned out to be worthwhile.” 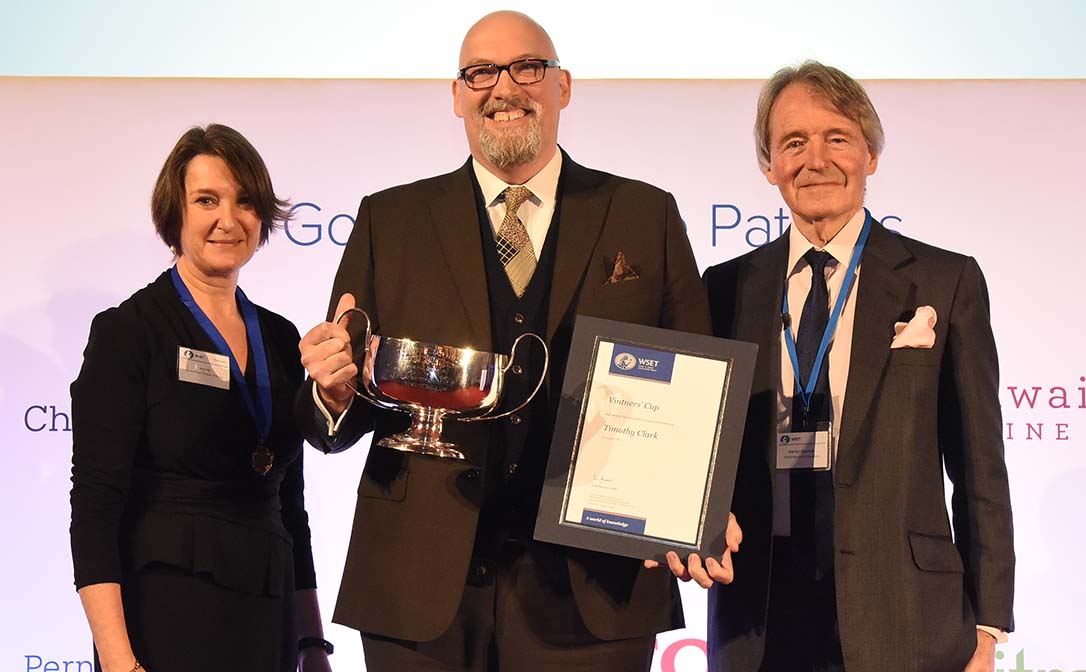 The WSET Outstanding Alumni Award, sponsored by JancisRobinson.com, celebrates and nurtures a WSET Diploma graduate who is notably contributing to the industry. The nominees are chosen by the WSET International Alumni Advisory Board and Diploma graduates across WSET’s global network vote for the winner. This year’s winner, Ferran Centelles, is the Spanish wine specialist for jancisrobinson.com. He was a sommelier at the world-renowned elBulli restaurant from 2000 to 2011. He is currently Drinks Director at the elBullifoundation and deputy manager and educator at Outlook Wine in Barcelona. Ferran completed his WSET Diploma in 2012 and published his first book about food and wine pairing called ¿Qué vino con este pato? in 2016.

Ferran commented, “I am really honoured to win this award. To me WSET represents rigour, deep knowledge and precise content but also an engaging way of learning. I am totally grateful to this institution, as they completely changed my approach to wine in the best sense.” 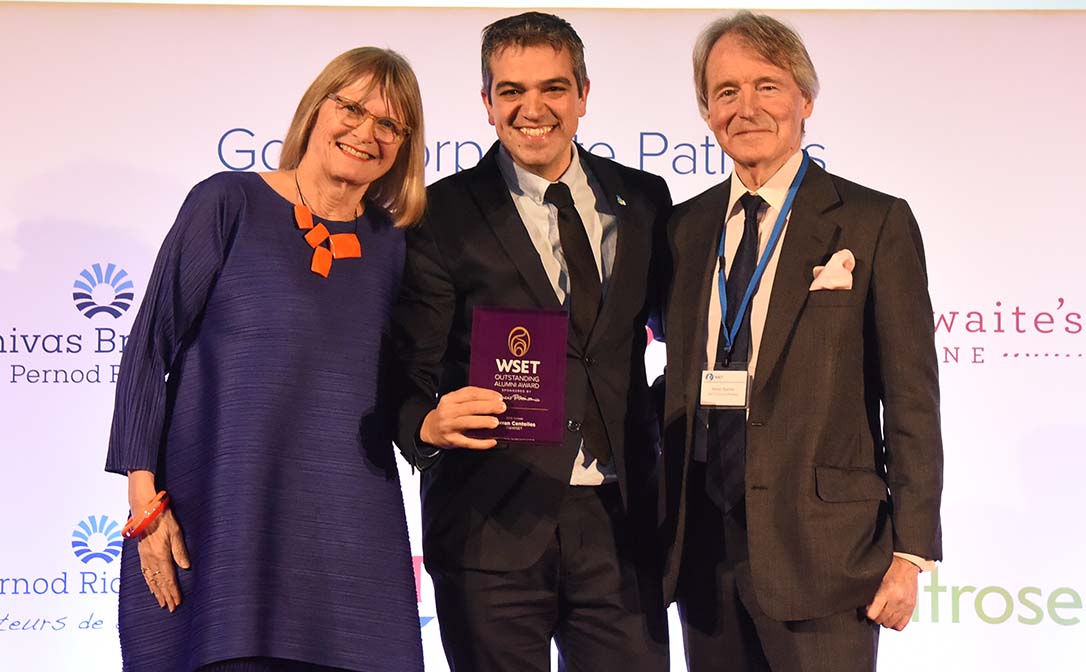 The WSET Educator of the Year Award, in association with Riedel, is awarded to the individual or company that has made a significant contribution to the delivery of WSET courses and qualifications. This year the judges decided to award the title to three educators:

Established in 2012, AccademiaVino is the leading provider of WSET courses and qualifications in Italy. AccademiaVino is based in Milan but also delivers courses in Genoa, Naples and Rome. Flavio Grassi, AccademiaVino Founder, commented, “For all of us at AccademiaVino, 2019 was a year of tremendous effort to achieve results that would have been unthinkable just a few years ago. Seeing our work rewarded with this award is fantastic! More than anything, though, it has given us all a massive injection of enthusiasm and energy to reach even better results next year and in the years to come.”

Napa Valley Wine Academy (NVWA) is recognised for delivering WSET excellence across the USA – spanning eight different locations. A previous winner of the award (in 2016), NVWA has continued to grow and is now a WSET Level 4 Diploma centre. Christian Oggenfuss, Founder and CEO NVWA, commented, “Winning WSET Educator of the Year is a true honour, and one that is the culmination of years of hard work, innovation and dedication to our students and to WSET. We believe that no finer curriculum exists for beverage education and career advancement than the WSET’s Wine, Spirits and Sake qualifications.”

Taiwan Wine Academy (TWA) was founded in 2007 and started teaching WSET courses in 2009. TWA attracts younger consumers and workers in the wine trade to WSET. Robert Curry, TWA Director, commented, “At the Taiwan Wine Academy, we were all speechless with delight to win this award. These last 10 years have seen our wine community in Taiwan grow and mature, and we thank WSET for standing strong in support of wine and spirit education. We will always be grateful to WSET for teaching us the lingua franca of wine.”

See the full list of graduates and award winners here: graduation.wsetglobal.com. Learn more about WSET courses here, or visit our "Where to study" page to find a course provider near you.