WSET was founded as charitable trust in 1969 to serve the growing educational needs of the UK wine and spirits industry which, at the time, primarily spanned import, distribution and retail. Funding was provided by The Vintners' Company and WSET took over the education initiatives started by the Wine and Spirit Association of Great Britain.

Our founders represented the cornerstones of the UK wine and spirits trade, and representatives from each of these organisations continue to serve on our Board of Trustees.

In 1969 WSET provided three qualifications for individuals working in the trade all delivered from our base in London:

By the end of the 1990’s WSET qualifications were available in the UK, Europe, the USA, the Middle East and Asia. In 2007 international students taking WSET exams outnumbered UK students for the first time.

In 2016 we opened our first international office in Hong Kong to serve our growing Asia markets. In 2017 we appointed a dedicated on-territory USA team, with permanent offices opening in Hartford, Connecticut in 2019.

Today WSET qualifications are available in over 70 countries in 15 languages, through a network of 900+ course providers, and students outside the UK represent over 75% of WSET candidates each year. 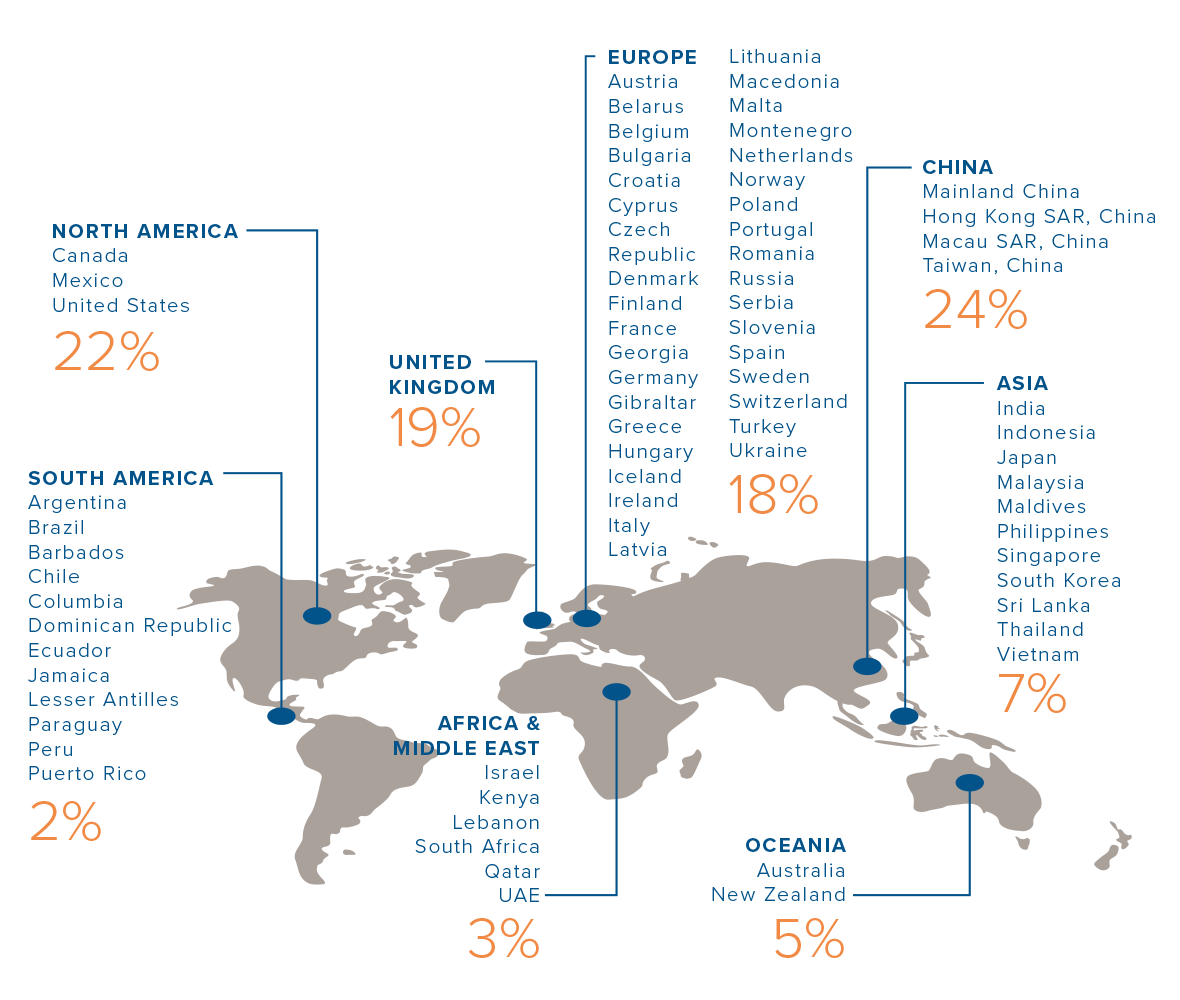 Throughout our history our foremost priority has been to provide best-in-class education and qualifications to inspire and empower the individuals who take our courses. To that end our qualification suite has evolved over time to reflect the changing needs of the industry.

In 2001 we became an accredited Awarding Body with the first of our qualifications becoming recognised by the UK government.

Our qualifications continue to be updated on a three year cycle to ensure their relevance to students and industry.

Key dates in our history

WSET is founded offering three core qualifications for the trade: