The Wine & Spirit Education Trust (WSET) is pleased to announce the appointment of Steven Spurrier as WSET’s new Honorary President. Steven will take over the role from Gérard Basset with effect from tonight, at the close of WSET’s Awards and Graduation ceremony to be held at the Guildhall, City of London.

Steven Spurrier joined the wine trade in London in 1964 as a trainee with London’s oldest wine merchant Christopher and Co. He later moved to Paris where he bought a wine shop, and subsequently opened L’Academie du Vin, France’s first private wine school. He was then named Honorary President of Academie du Vin Tokyo, a WSET Approved Programme Provider, in 1987. Steven is famed for staging the Judgment of Paris, the momentous 1976 blind tasting between Californian and French wines. He has since written several wine books and created the Christie’s Wine Course with then senior wine director and fellow previous WSET Honorary President Michael Broadbent.

Throughout his career, Steven has won several awards including Le Personalité de l’Année (oenology) 1988 for services to French wine and the Maestro Award in honour of California wine legend André Tchelistcheff (2011). In 2001 he was awarded Le Grand Prix de L’Academia Internationale du Vin, only the third time this award has been given since 1982, the previous recipient being Michael Broadbent.

Steven returned to the UK in 1990 to focus on writing and consultancy. He is Consultant Editor for Decanter Magazine, for whom he co-founded the Decanter World Wine Awards in 2004 as Chairman, moving to Chairman Emeritus in 2017, and the Decanter Asia Wine Awards in 2012 where he remains Chairman. In 2009 the first vines were planted on his wife’s estate in south Dorset to produce a sparkling wine under the name Bride Valley Vineyards.

Ian Harris, WSET Chief Executive says, "My Board of Trustees and I are delighted to welcome Steven as WSET’s 5th Honorary President, following in the footsteps of Gérard Basset, Jancis Robinson, Hugh Johnson and Michael Broadbent. As WSET’s global reach continues to expand, it is a great honour to have someone who has a worldwide reputation – and with education at his heart – as our Honorary President".

It is a great honour to succeed such a roster of the previous four Honorary Presidents, particularly since the creation of L’Academie du Vin in Paris and the Christie’s Wine Course in London could not have happened without the publication of Michael Broadbent’s seminal book Wine Tasting. I have spent most of my five decades in wine in education and communication, where the WSET is the leader by a long chalk.

Steven Spurrier, on accepting the position of Honorary President of WSET

The official hand over will take place in front of over 500 of the most influential wine and spirits professionals in the world as they gather tonight at London’s historic Guildhall to celebrate the annual WSET Awards and Graduation. 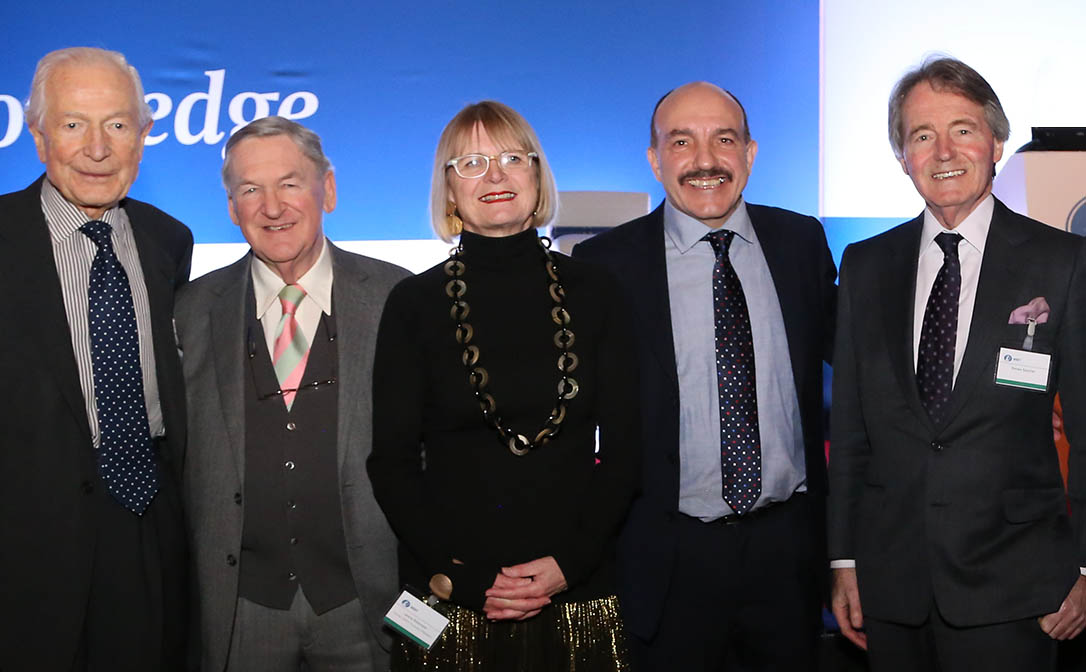 Hosted by departing WSET Honorary President, Gérard Basset and WSET Chief Executive, Ian Harris, outstanding candidates for the past academic year 2015/16 will be presented with awards in recognition of their achievements. The occasion is set to attract industry leaders and long-standing WSET supporters including Jancis Robinson, Laura Jewell and Joe Fattorini, while 192 of the year’s 460 WSET Diploma graduates take part in the annual graduate procession, marking their achievement as one of just over 9,000 people in the world to have ever held the accolade.

The full list of graduates and award winners will be released following the evening ceremony and is available to view on the dedicated WSET Awards event site here.