We have just announced the nominees for one of our most prestigious awards - the WSET Outstanding Alumni Award, sponsored by JancisRobinson.com.

With previous winners including Sarah Jane Evans MW, Isabelle Legeron MW and Caro Maurer MW, the award aims to recognise a WSET Diploma graduate who is notably contributing to the industry. The nominees have been chosen by the WSET International Alumni Advisory Board. Diploma graduates across our global network are invited to vote for who they think should win this industry honour. WSET alumni have received an email explaining how they can cast their vote.

The winner will be announced at the WSET Awards and Graduation ceremony at the Guildhall, City of London, UK on 21 January 2020. Hosted by WSET Honorary President, Steven Spurrier alongside our Chief Executive, Ian Harris, the occasion is set to attract industry leaders and influencers to honour the new WSET Diploma graduates from around the world. Outstanding candidates for the 2018/19 academic year will also be presented with awards in recognition of their achievements. 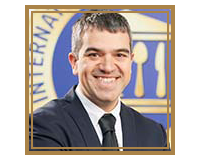 Ferran is the Spanish wine specialist for jancisrobinson.com. He was a sommelier at the world-renowned elBulli restaurant from 2000 to 2011. When elBulli became the elBullifoundation, Ferran was made drinks director and today leads the Sapiens del Vino project, an innovative wine encyclopaedia focused on gastronomy. He is also deputy manager and educator at Outlook Wine in Barcelona. Ferran was named Best Sommelier in Spain in 2006 and was awarded the National Gastronomy Award in 2011. He completed his WSET Diploma in 2012 and published his first book about food and wine pairing called ¿Qué vino con este pato? in 2016. Ferran is also joint regional chair for Spain at Decanter World Wine Awards. 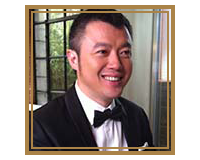 Based in Shanghai, Liwen was the first Chinese wine critic to join Robert Parker’s team. As well as working as the team's Asian wine and sake reviewer for the past four years, he has also written for a variety of other titles about wines in China and sake in Japan. Previously editor-in-chief of Wine Press Magazine, Liwen is one of the best-known wine writers and influencers in China and has published three books about wine and sake. He also runs Happy Vino Wine Education which is a WSET Approved Programme Provider. He achieved his WSET Diploma in 2012. 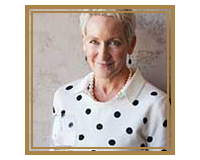 DJ Kearney’s decades in the wine industry have embraced teaching, wine writing & criticism, judging and speaking. DJ was a WSET Diploma graduate in 2002, holds the ISG Sommelier Certification and has spent four years in the MW programme. She is a WSET educator working for many global wine bodies, and has trained hundreds of sommelier candidates throughout North America for the International Sommelier Guild. DJ is Vice-President of the Canadian Association of Professional Sommeliers, BC Chapter. She heads the WSET program at the Pacific Institute of Culinary Arts and has started a judge training program in Canada to help prepare the next generation of wine judges. DJ was honoured by her colleagues as the Spirited Industry Professional of 2019. 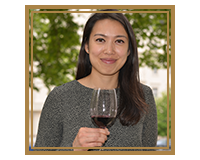 Originally from the San Francisco Bay Area but now UK-based, Regine's love of wine developed after countless day trips to Napa and culminated in becoming an MW in 2018. After a career in management consulting, she made a switch to the wine industry ten years ago. She has worked at WSET to expand wine education in Asia-Pacific and in various sales, operations, trade marketing and education roles at Liberty Wines. Regine has also gained winemaking experience at Jordan Wine Estate in Stellenbosch, South Africa. She completed her WSET Diploma in 2013. Passionate about gender equality in the workplace, she co-founded Women in Wine London, a trade networking group that is currently 600 people strong. 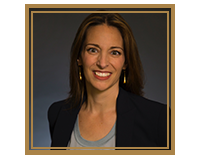 An MW and wine educator with as much expertise in spirits, Jennifer completed her WSET Diploma in 2002. She has trained thousands of drinks industry professionals and is now encouraging education amongst enthusiasts through her books and courses. She judges in wine and spirit competitions and has been honoured with an international tasting trophy for her palate. She is one of the US trade media’s most popular experts on wine and spirits. She is also a board member for the American Friends of Cité du Vin in Bordeaux and a partner in the technology firm Wine Ring.

If you have any queries about the Outstanding Alumni Award, please contact alumni@wsetglobal.com. Please note, nominations are now closed.