Hot off the heels of their latest restaurant opening in Cardiff, we talk to Spanish food aficionado, certified sherry buff and co-founder of Wales’ 44 Group, Owen Morgan, to find out more about the movement to get sherry back into the groove.

Sherry is shaking off its reputation as a tipple for the older generation. What excites you about sherry, and what do you think is the key to attracting younger drinkers?

It certainly is, something that’s well overdue! Although it’s been talked about for the last 5 years or so, we’re now seeing this translate into consumption and, perhaps most importantly, the welcome sight of younger people coming to bars specifically for their sherry offering.

It excites me to think that in the UK twenty-somethings are actively going out to seek sherry in venues where they can enjoy all styles within the category, and get some simple facts and food pairing advice from the staff serving them. The delight and revelation on someone’s face when they discover new flavours always gives me a buzz.

The diversity of the sherry category, once people realise it, definitely attracts younger drinkers as palates are changing, with drier and bitter profiles becoming more widely enjoyed. The creative ways venues are using sherry – in the form of cocktails, long spritz style drinks, cooking and baking, flights, food pairing menus, the list goes on! – is exciting, and definitely entices those younger drinkers in search of new experiences.

You’re one of the few British holders of the Consejo Regulador D.O Jerez’s Official Certified Sherry Educators qualification. How important is education in engaging consumers with the category?

In a nutshell, it’s vital. A lot of my time is spent educating and getting the word out there, around the country as well as in my restaurants, and a lot of emphasis is put on training our staff, as they are on the front line talking to customers.

Sherry is a topic people can struggle with initially, but once you grasp a few basic facts about how it’s produced it all becomes much easier to appreciate and enjoy. Without that initial education, it’s difficult to attract the average drinker to try wines from the category.

People now want something different, they want to be challenged and they go out  specifically to try new things.

How crucial will those working in the on-trade be to raising sherry’s profile among consumers?

I think they hold the key to it all. The huge boom of good quality Spanish bars and restaurants has of course had a big effect. Sherry is a natural thing to list in those venues, both for authenticity reasons and of course because of food pairing.

But for me it’s just as crucial to work with non-Spanish venues to get sherries listed – showing its diversity is vital in raising its profile. Recommending a fino with some sashimi or sushi, for example, is exactly what we should be doing, or an amontillado with seasonal British asparagus in a local restaurant.

More education is needed, as there can still be a lack of knowledge within the trade – I recently saw a manzanilla on the dessert wine list of a very well-known London restaurant. It was surprising, to say the least! But it’s great to see high profile chefs, restaurateurs, mixologists and sommeliers all championing sherry. 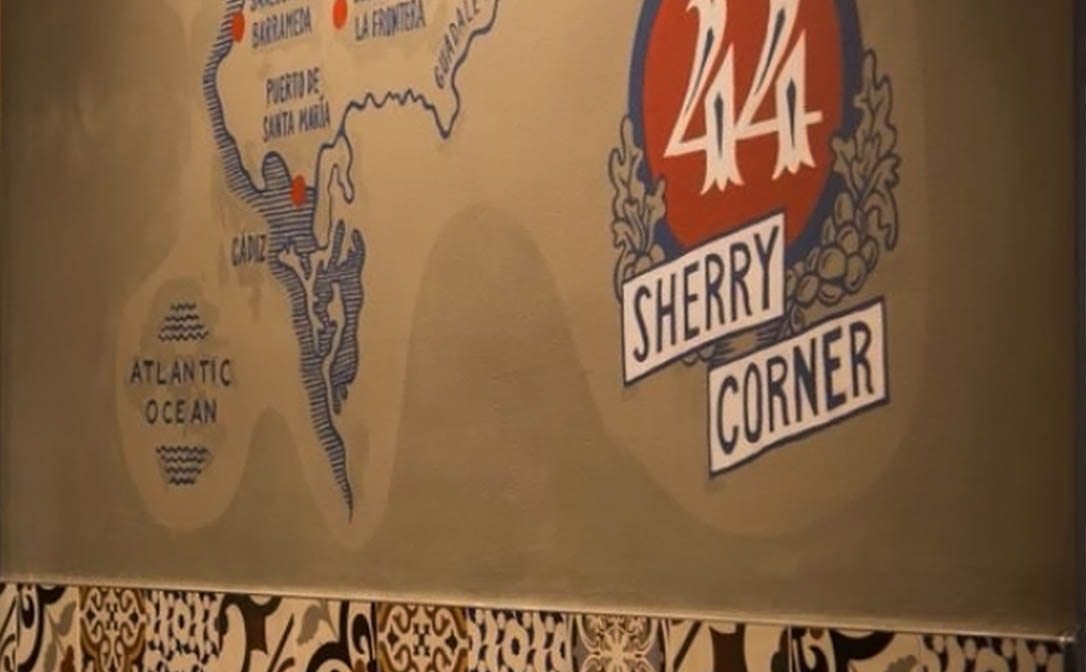 You opened your first restaurant in 2002 – the same year you graduated from university! What lessons did you learn along the way?

I could talk to you all day about that! To say it was a steep learning curve is an understatement; I lost 3 stone in the first 3 months. Everyday started at 6am and finished at 2am, we were the sole chefs, baristas, bartenders, cleaners, pot washers, bookkeepers, door staff (yep!), and any other role you could think of in a bar/restaurant. I learnt more in year one than I had in my entire academic life!

Has the surge in gastronomy in recent years influenced diversification and innovation in the food and beverage industry?

Hugely! People now want something different, they want to be challenged and they go out specifically to try new things. This has in turn given operators confidence that they can sell different things and be more experimental – as long as they are doing it the right way and have their customers’ trust.

Don’t get me wrong, there are still a lot of people who go to the same place every week and drink the same wine with the same plate of food. There’s nothing wrong with that, but things are changing at a rapid pace and it’s hugely exciting.

Keen to find out more about sherry? It's covered in our Level 3 Award in Wines as well as the WSET Diploma in Wines & Spirits.