Named by Jancis Robinson as "the unsung hero of the British Wine Trade," Steven Spurrier is an internationally revered wine expert who has worked in the trade for over 50 years. As WSET’s Honorary President, we speak to him about his most memorable moments and how he’s sharing his story through his new book.

You recently released your memoirs Wine – A Way of Life, what inspired you to tell your story in this way?

For some time, I had thought of writing, say, 50 pages on my life in wine for the grandchildren (now aged 12, 11, 9, and 8) and was discussing this with David Campbell a publisher and an old friend from the Paris days, who suggested I flesh it out, write some opening chapters and he would see if it was worth publishing. He liked what he saw, so I went on to finish it in exactly one year from December 2016 to December 2017.

Whilst writing your book looking back over 50 years in the industry, what have been the most notable changes in the wine world since you entered the trade?

There are so many: more and more women in important positions in wine from virtually none before, the emergence of the New World, so many grape varieties we had never even heard of, the list is endless. Golden Ages are generally in the past, but for wine and the wine drinker the Golden Age is now and getting brighter every year. I’d have to add that 50 years ago WSET wasn’t there and now it is to contribute to this on-going renaissance via education.

I will still continue to communicate about wine as my whole life seems to have been spent telling people how much I love wine and how much wine has given to me.

The day I took over Les Caves de la Madeleine on 1 April 1971, I placed an ad in the Herald Tribune under the heading “Your wine merchant speaks English!” Paris in those days had many more international banks, lawyers and so on than today and most of their offices were in the 8th arrondissement where my shop was. My Anglo-Saxon clients used to come and taste my new finds in the evenings and so had mini wine courses. I knew that if I could put this on a structured basis, I would have a ready clientele, and when the premises next door came available in late 1972 I snapped them up and L’Académie du Vin was born. Very soon we ended up teaching to more French than foreigners!

As the figurehead behind the famous 1976 Judgement of Paris tasting, what was it about Californian wine that inspired you to set it against French classics?

As I said above, the shop and the school were just about the only places in Paris where wine could be discussed in English. California vintners and US wine writers came bringing their wines and it was plain to me that the Cabernets and Chardonnays were of arresting quality. We were always giving tastings of "new" wines at L’Académie du Vin and I thought that these wines deserved recognition.

It was my partner in the school, Patricia Gallagher, who gave me the idea of the bi-centennial of the American War of Independence as a "peg" to hang it on, but it was my idea to turn it into a blind tasting with the best white Burgundies and red Bordeaux from my shop, as if they stood up well against such wines they would get the recognition we thought they deserved. We were right! 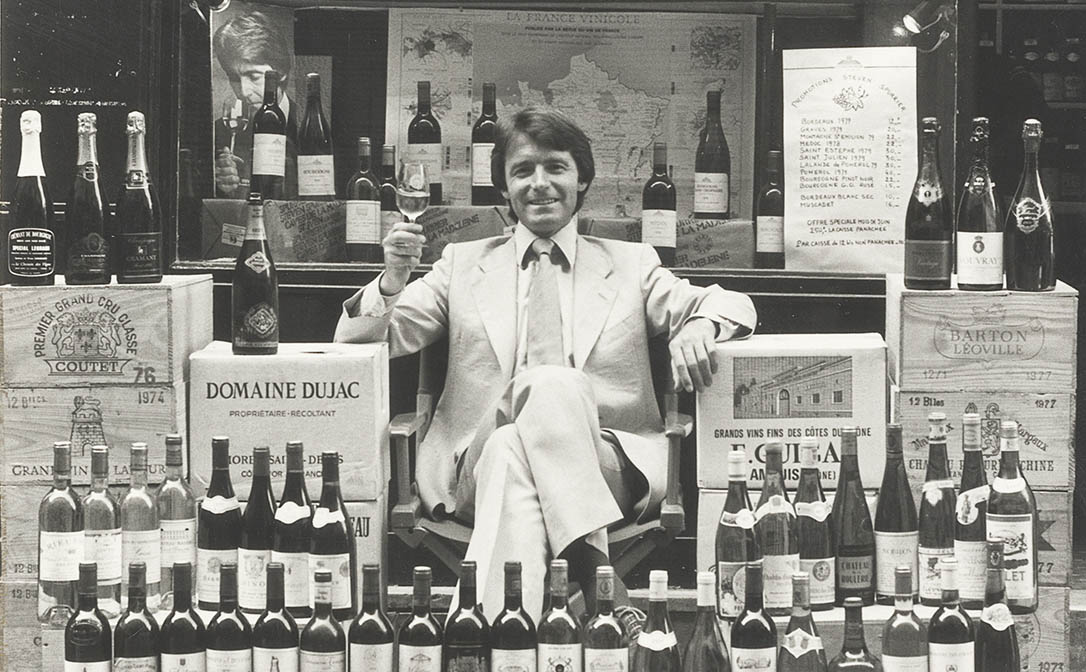 From retail and education to consultancy and writing and now winemaking, you have tried your hand at so many areas of the industry, winning many awards and titles on the way. Are there any goals you still hope to achieve?

The planting of Bride Valley Vineyard on our Kimmeridgian chalk soils here in south Dorset with the intention of making English Sparkling Wine has taught me what a risky business this is, for you are at the mercy of the weather.

I will still continue to communicate about wine as my whole life seems to have been spent telling people how much I love wine and how much wine has given to me, but if I have a dream it would be a few hectares in Chianti Classico in Tuscany, where the sun shines more often than in Dorset.

Steven Spurrier’s new book Wine – A Way of Life is available for purchase now from Amazon.

Alumni Q and A Writer
All Articles