Englishman Stephen Webber takes us on his wine journey from working in a high street off-licence in the UK to running a large biodynamic, organic winery in Oregon.  He shares with us how he has fallen in love with Oregon and its wines and what it’s like to work in a biodynamic winery.

When you decided to embark on a career in wine, how and where did you gain the knowledge and experience you needed?

My first job in wine was with a chain of high street wine merchants called Augustus Barnett. I started there in 1989 and stayed for almost 6 years, taking my WSET qualifications along the way and graduating with my WSET Diploma in 1996.  WSET helped teach me the core business of wine and, most importantly, the decorum and etiquette of becoming a professional in the world of wine. It is something I have never forgotten.

I was then enticed to go out to Australia to work a vintage. I felt that I needed to improve my knowledge of oenology and viticulture, so I headed off to the heart of the Barossa Valley to work for Orlando Wines.

I intended to return and join the London wine trade, but I was so enthralled with the combination of wine, travel and sunny climes, that I decided to do another vintage. This time I headed to little-known Oregon to work with one of the pioneers of the Oregon industry - Myron Redford of Amity Vineyards. I completed three vintages with Amity, interspersing that with some time at Cape Jaffa winery in South Australia. Cape Jaffa was one of the early Australian wineries implementing a biodynamic programme, as they had strong links with biodynamic producer Chapoutier in the Rhône Valley. Little did I know that this experience would prove key to my future career!

Tell us about how you came into your role as Head Winemaker at a winery in Oregon, a region increasingly gaining the spotlight on an international stage.

I started working at Montinore in 2006, first as Assistant Winemaker, and then as White Winemaker.  I've been Head Winemaker since 2016.

My experiences at Amity Vineyards in Oregon, working with industry pioneer Myron Redford, were the foundation of my future love for Oregon and the wines it produces. He taught me some fundamentals of making good wine, the history and culture of Oregon grape growing, how wines can age so gracefully with the right balance of acid, tannin and flavour, and most importantly, how to have fun while making wine!

Oregon has come a long way since I completed my first vintage in 1997, both the industry and the wines are truly on the world stage now. There is an honesty in the wines and the people who craft them and our understanding of the terroir is ever improving. 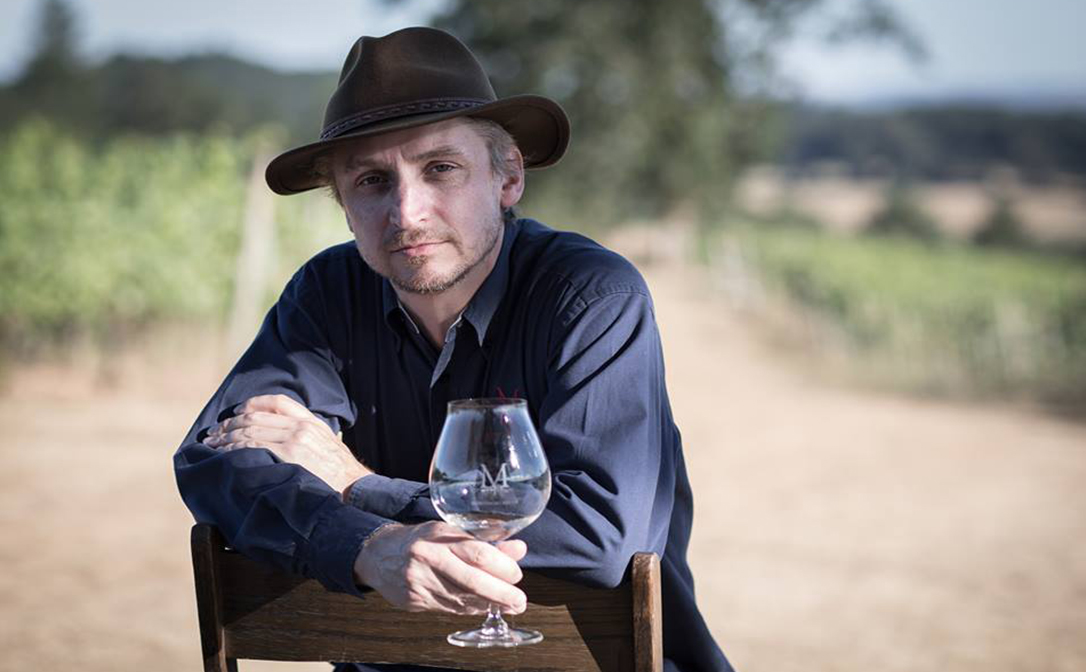 Why has the winery chosen to specialise in Organic and Biodynamic wines?

The implementation of organic and biodynamic agriculture at Montinore coincided with Rudy Marchesi becoming involved with Montinore operations. Rudy was owner and president of the company from 2005 until 2016 and he is now a partner in the business. Inspired by the ideas and writings of Rudolph Steiner, he developed a passion for biodynamics and started the certification process for all 200+ acres of our vineyards. Official approval was granted in 2008, following three years in transition.

The health and vitality of the vineyard and its grapes have improved greatly over the last 14 years, and Montinore is currently one of the largest producers of biodynamically grown wine grapes in the USA.

WSET helped teach me the core business of wine and, most importantly, the decorum and etiquette of becoming a professional in the world of wine.

Why do you think these wines are growing in popularity?

I think more and more people are looking for uncomplicated food and drink options, partly because of health concerns about unnatural ingredients being used in conventional farming, and also an awareness of wanting better stewardship over the land that is farmed. Overall, I would say that organic and biodynamic wines exhibit great flavour and texture, and show good characteristics of the land from which they are grown.

For those thinking about a career in winemaking, what are the low points and highlights of working in a winery?

Good question! Working in a winery is generally quite hard physically, and often unglamorous - with cleaning, more cleaning and even more cleaning being the most common duties! You are on your feet for many hours of the day, particularly during harvest, and conditions can be cold and wet.

The best things include the reality of making something that’s really cool, and helping create a pleasurable, fun experience for a consumer. Working in both an outdoor and indoor environment, learning all kinds of new skills and machinery, and never running out of things to learn are certainly some of the highlights, as well as having the pride and sense of achievement that you have helped create great wines.

Learn more about Stephen and the wines he makes at Montinore here. For more information about embarking on or progressing your WSET qualifications visit our qualifications page here.