Stephen Ranger is Canada’s most sought-after auctioneer, with a career at Waddington’s that has seen him conduct sales totalling in excess of $20 million. A consultant and avid collector himself, he shares his insight on the hot bottles of the moment and advice for budding collectors.

What inspired you to champion the establishment of the first commercial wine auction in Canada?

I thought for many years that Canada was way behind other countries in not having a viable secondary Fine Wine market – largely due to how we were regulated. Working in the Fine Art world, many of my clients were and are lovers of great wine. It was a natural extension of our business as an auction house. It took years of knocking on doors with politicians and the Liquor Control Board of Ontario (LCBO), but we got it going.

What are the most popular wines going through your auctions at the moment?

Classed Bordeaux remains the gold currency in Fine Wine auctions around the world, followed closely by classed growth Burgundy and Cult California cabs. The past year has seen real growth in luxury wines like Chateau Petrus and Screaming Eagle as well. They used to be hard to sell at auction in Ontario, but that has all changed now. It shows us the market is maturing and is a lot wider than it used to be.

As an auctioneer of both fine wine and contemporary and modern art, what do you think are the synergies between art and wine?

There are many. Great winemakers and great artists often share the same vision, drive and passion. They aren’t just making ‘product’. For collectors, there are many overlaps, the same people who have the means and inclination to buy beautiful works of art have a natural proclivity to want to learn about wine.

In both areas it involves intellectual curiosity and the development of an aesthetic appreciation that evolves over a long period of time. 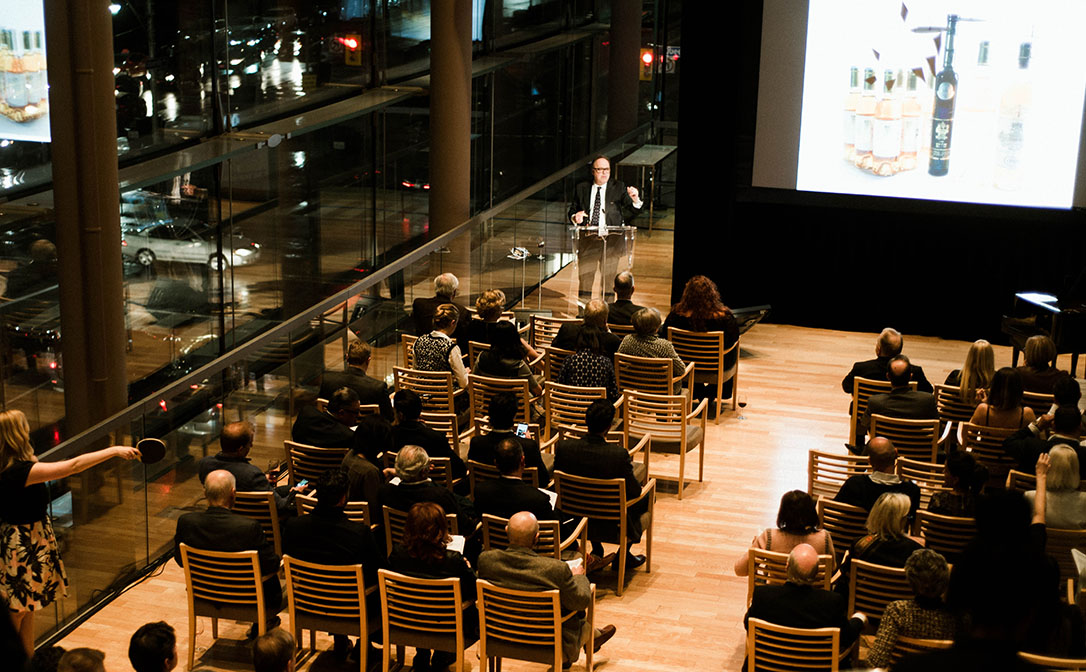 In your role as a private consultant, what advice would you offer to someone looking to start their first fine wine collection?

Foundational knowledge imparted by some sort of formal training is an invaluable entry point to the vastness of the wine world. My advice to novice collectors is to taste and read widely. It’s the apprenticeship part of the journey, that when it comes to wine is really a lot of fun. Wine is really meant to be enjoyed with food and other people, how can that not be good?

In terms of what and how to buy, generally my advice is always to judiciously buy the best you can afford, it will always pay you back. I tend to buy more by producer than I do by vintage. I’ve followed producers like Alejandro Fernandez (Pesquera), Chateau Calon Segur, Castello di Ama and Calera in California for years. I’m intrigued by the differences that vintages make to their signature styles. Often it’s a house style that initially draws me in. I’m a huge fan of artisanal producers, Francois Morissette of Pearl Morissette is a hero of mine.

What is your most treasured wine that you have in your own collection?

I guess I would have to say it’s the small collection of 1998 Bordeaux that I bought for my daughter’s birth year. I still buy 1998’s if they come up reasonably at auction. Hopefully my daughter will start to really like wine before they all fade into the sunset.

WSET is sponsoring Canadian Opera Company’s 2018 Fine Wine Auction on April 12, 2018, with Stephen as the auctioneer. For more information, visit the website.

Fine Wine International Q and A
All Articles