So you want to be a winemaker

Do you have a dream of walking through peaceful vineyards and listening to the wind rustle through the vines? Do you have a passion for microbial psychology? Do you yearn to clean… often? Winemaking would be the perfect career choice for you!

What does a winemaker do?

All joking aside, one of the things that I love about being a winemaker is the ability to learn a little bit about a lot of different subjects. At its core, a winemaker is a person who takes grapes and turns them into wine. However, due to the nearly limitless number of options a winemaker has to choose from, a winemaking career can differ from person to person widely.

Winemakers are in charge of the decisions of when to pick the grapes, what yeasts to use, what style of wine will be made, how that wine will be aged, for how long it will be aged, and any blending decisions which may need to be made to perfect the final wine. Some winemakers may only be focused on preparing wines for bottling while others may be in charge of taking care of bulk wine to sell to external customers who will then bottle it on their own.

Many winemakers oversee the entire winemaking process from grapes to bottle. Depending on the size of the winery a winemaker’s job can vary widely. At a small winery they can be the person actually pulling hoses and getting dirty whereas at a large winery there may be a team of winemakers who are issuing direction to a large group of cellar workers.

The demands of winemaking also depends on the price point of the wine being made. Winemakers making luxury level wines have much more responsibilities for public relations and marketing than winemakers making more modest everyday wines.

What key skills are needed to be a successful winemaker?

One of the most important skills a winemaker can possess is creativity. “The key is having the imagination to create in your mind a wine and later the skill to realise it in the winery” says Fernando Mora, DipWSET, a boutique winemaker in Spain who started his life as an engineer but moved into winemaking after visiting several local wineries. Because winemaking is an art as well as a science, having the ability to think outside the box and improvise when needed are critical skills to be successful.

Marcelo Papa, winemaker for Concha y Toro, states “I think that a good winemaker needs to be intuitive and perceptive in order to be able to understand a terroir and coax out its maximum potential so that the wines reflect their origin and have their own personality.”

What type of personality does it take to make it as a winemaker?

All four of the winemakers mentioned here, myself included, have several personality traits in common; an insatiable desire for knowledge, passion for wine, and self-driven motivation to continually push the boundaries. Paying attention to detail and an unrelenting search for improvement even if your previous wine was the best that you have ever made; these are the things that drive a winemaker forward. Continuing education is critical to keep driving ahead. Mora and I both do this by reading, attending trade shows and fairs, and speaking with fellow winemakers.

Tasting widely and often is also very important. “If you want to make top wines you need to drink top wines!” Mora says. This is where the WSET programmes have been so helpful. It forces winemakers to consider styles made outside of their home region and prevents the formation of a “cellar palate.” Ivan Donaldson, DipWSET of Pegasus Bay Wines in New Zealand, sums this up perfectly “The way in which the WSET Diploma helped me with my winemaking, and indeed, my career in the wine industry, was by teaching me to evaluate my own wines in the context of international wines and not just judging them on what my next-door neighbour was making.”

Of course, being a winemaker is hardly the romantic dream that most people envision. I’ve found myself tromping through muddy vineyards, being covered in Merlot lees from cleaning tanks out, and being sprayed by broken transfer hoses. Mora points out that “if you bottle a mistake, you have a problem and you will need to deal with that.” Unlike a chef who can bin a dish and start over, winemakers have one shot each year to get a wine right. If something goes wrong, you have a year to contemplate that mistake, hopefully fix it, and make plans to never make that same mistake again.

“A lot of people have a romantic view about the wine business but the reality is that it is a lot of hard work and is capital intensive” says Donaldson. Papa echos this sentiment by saying “work hard and always be prepared to accept new challenges.” If hard work does not seem scary and you are willing to take the risks, winemaking can be a very rewarding career. 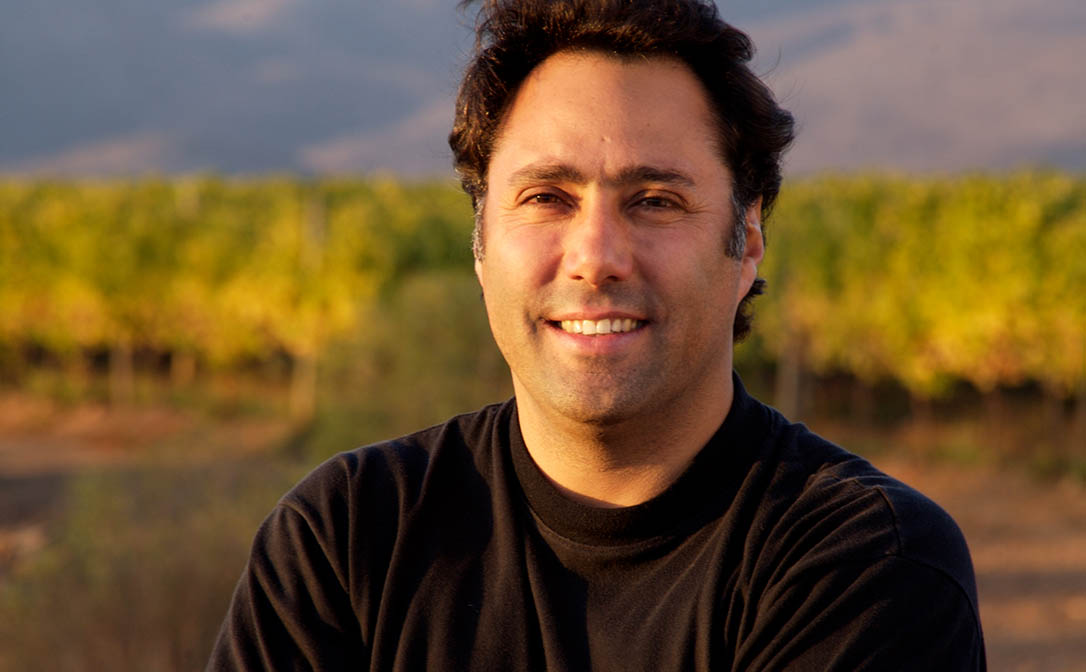 Getting started as a winemaker

The path to become a professional winemaker is almost as varied as the choices in winemaking itself. After initially planning to become a musician, I moved into Horticulture which naturally led into a major in Viticulture at Cornell University after working at a winery and vineyard during an internship in horticulture at a nearby public gardens. Donaldson was a neurologist prior to falling in love with winemaking after reading Hugh Johnson’s first book, “Wine”. Mora is largely self-taught by reading books, planting his own small vineyard, and visiting with other winemakers around the world. Papa took oenology courses at university and then worked at a winery internship to get into the industry.

Donaldson puts it best when he said “A good academic background doesn’t make you a good practising doctor and having a winemaking degree doesn’t enable you to make good wine. You need both the knowledge and the craft.” 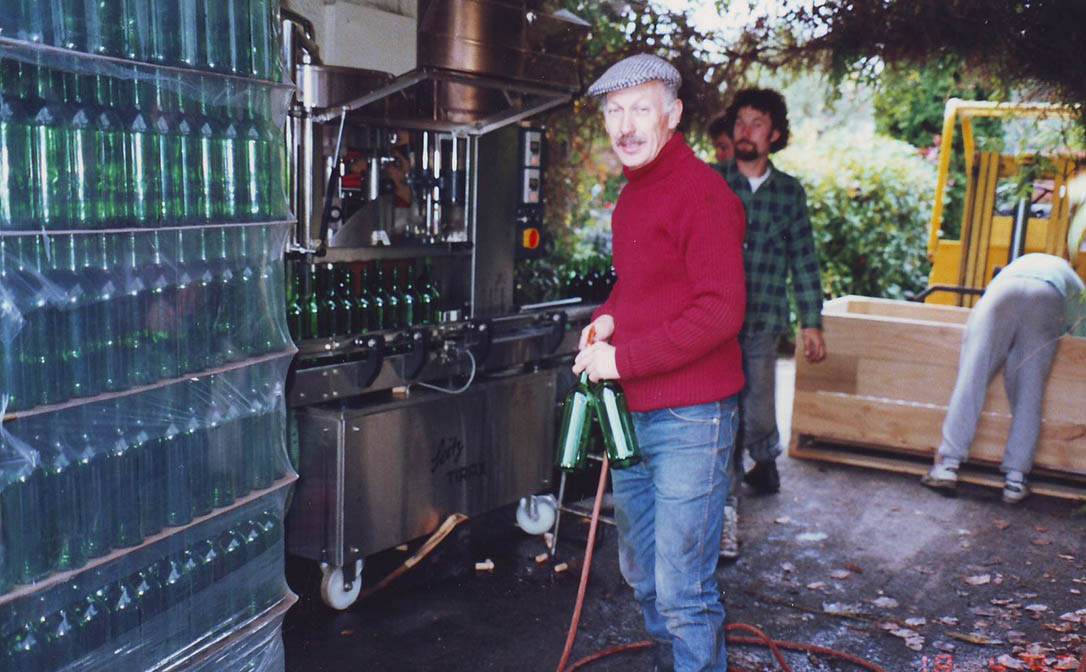 If you are serious about becoming a professional winemaker the best advice I can give is to try to find a winery or a vineyard to work in before pursuing formal education. This will give you a taste of winemaking and you can then decide if it is something that you could do for the rest of your life:

Mora states “remember that in wine 1+1 is not always 2. Understanding differences between boutique and industrial wineries, traditional and state of the art winemaking techniques, working with different climates and varieties is key to opening the mind.”

Donaldson emphasizes that if one plans to work for someone else then getting properly trained through a viticulture or winemaking qualification and gaining experience is important but if one plans to start their own project he says “do it gently, not to give up their day job and not to get themselves into debt.”

Papa emphasizes the importance of finding mentors. He says “to be open-minded, to explore, and to talk with and learn from good winemakers and great wines.”

Winemaking is an incredibly rewarding career. It is one of the only careers where someone can take a raw material such as grapes, make a product, and then personally sell that product to their end consumer. Such a connection to the land and to the location from which the wine comes is so fulfilling. Walking among the vines in the morning listening to the sound of the wind isn’t too bad either.

Article prepared for WSET by Nova Cadamatre DipWSET, Winemaker and writer located in the Finger Lakes region of NY.