John Dewar and Sons’ Master Blender Stephanie Macleod is one of only a few females in her field – a fact she hopes will soon change. Having become fascinated by whisky during a stint as a research assistant, the Scottish native threw herself into the industry. She tells us how she developed her career and her aim to encourage other women into a role in spirits.

Following a degree in food science, how did you fall into the world of whisky?

After a short spell in the soft drinks industry in Glasgow, my former project supervisor, asked me to apply for a research assistant role at the Centre for Food Quality to study predominantly whisky. It was then that I discovered whisky, how complex and interesting it was, not only from a sensory perspective, but also chemical. It was fascinating, and I wanted to be part of it.

So, after four years of research I joined Dewar’s taking up a quality role, and then through time I was offered the position I now hold.

How do you balance experimenting and launching new malts whilst retaining the brand’s heritage flavour profile?

I have to make time! If I don’t experiment and try new things we can’t move forward, so whilst maintaining the flavour profile is key, so too is new product development.

Why did you decide to complete the WSET Level 2 Award in Spirits? How has it helped you in your day-to-day role?

I completed the WSET Level 2 Award in Spirits, when I was training to be Master Blender. Another Master Blender in the industry advised me that people will expect me to know about all spirits and not just whisky. I took that advice and decided to enrol. It helped me become aware of the breadth and depth of the category, and it was a good networking opportunity!

For people looking to learn more about whisky, how would you recommend they start?

I would start at a good whisky outlet and browse what’s on offer and ask questions of the staff, they’ll be delighted to answer your questions. Also, if you have the opportunity do a distillery tour – you might say I’m biased but Aberfeldy Distillery do a range of excellent tours! 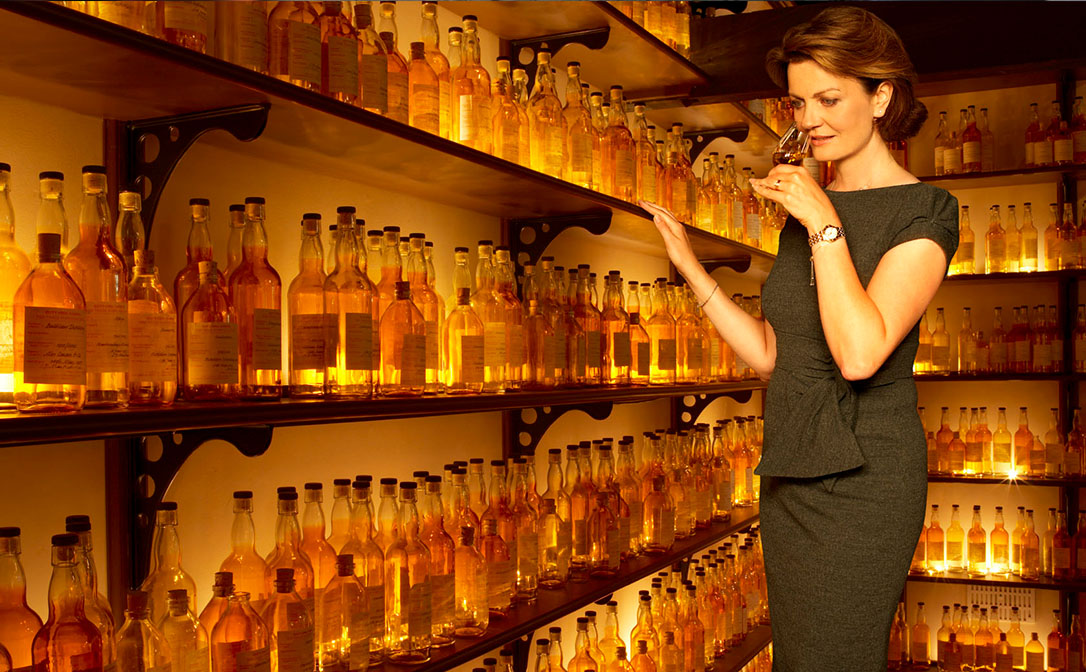 As the first woman to hold the role of Master Blender at Dewar’s, how do you think the stereotype of a spirits professional can be broken to encourage more women to enter the industry?

Last month, I spoke at the first-of-its-kind Women of the Vine and Spirits International Summit, a movement started by Deborah Brenner, which aims to advance women in the wine and spirits industries. There, I spoke about the importance of mentoring women in the industry, and really supporting and encouraging them through their careers.

Q and A Spirits
All Articles