So you want to be an independent wine merchant

Unlike becoming a pilot, a doctor or a tennis coach, the road to becoming an independent wine merchant is not obvious. A quick glance around the independent trade indicates that fewer and fewer find a traditional route into the industry, such as working for a merchant while a student or coming into it through family, and instead have made radical and surprising career changes. My fellow independent merchants are ex-bankers, actors, publishers and marketers that all have one thing in common: they were captivated by wine, and wanted to captivate others too.

Sharon Sevrens DipWSET of Amanti Vino in Montclair, New Jersey says, "I started taking wine classes while working in investment banking. After lots of classes, I started teaching wine classes on nights and weekends. I found that I loved my night job and was really not loving my day job.” 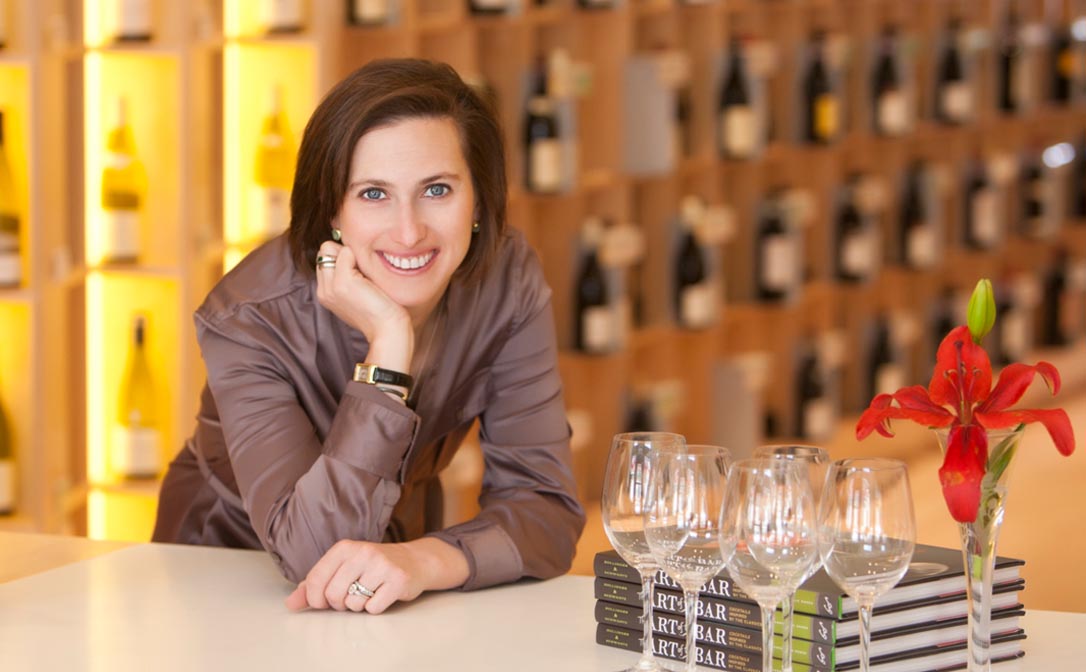 Most independent merchants put emphasis on the word 'independent', to distinguish them from multiple grocers and supermarkets with their top-down, large volume ranges. As a result, every independent merchant has their own strengths and weaknesses. Some focus on private client or mail order sales through sophisticated website and cellar management tools. Others are charismatic bricks-and-mortar businesses in urban centres that rely on high footfall, word-of-mouth and outstanding customer service. Others are hybrids – merchants by day, wine bars by night, often specialising in wine dinners and hosting visiting winemakers, or with a niche in, say, biodynamic and organic wines. Some independents are regional experts, focusing on the wines of Italy, South America or the Antipodes. Others are eclectic generalists, embracing every bottle that catches their eye and fits into their range.

As a result, the first requirement when establishing an independent merchant business is to have a clear vision of what you want your business to look like. A merchant that focuses on mail order case sales has a very different business model to one who relies on passing trade, not to mention very different overheads and stock requirements. Whatever you choose, Gill Gordon Smith of Fall from Grace, in McLaren Vale says, “Trust yourself and your vision - you’ll be working harder than ever, not everyone will like what you do, but you need to persevere and give it time”.

Inspiration can come from many places but Sharon Sevrens and Arunas Starkas of Vyno Klubas in Lithuania were inspired by educational qualifications – WSET and Ecole du Vin Bordeaux courses respectively. The epiphany that can come from recognising the difference between chardonnay and sauvignon blanc, or knowing that European wines are traditionally labelled by where they come from rather than what they are made from – can be a Damascene moment.

My fellow independent merchants are ex-bankers, actors, publishers and marketers that all have one thing in common: they were captivated by wine, and wanted to captivate others too.

Having a solid knowledge of wine, and alcoholic drinks more widely, is essential if you are embarking on a career as an independent wine merchant. In order to build customers' trust you need to be able to prove that you are more than just a palate with prejudices.

Many older merchants were self-taught (often with the help of their father's extensive cellar), while the new wave of indie merchants relies on the multiplicity of educational options available to them. Since the Court of Master Sommeliers caters more directly to the demands of the restaurant and bar service, most independent merchants favour WSET qualifications, often insisting on the Level 2 Award in Wines and Spirits as a minimum requirement, with Level 3 Award in Wines and Level 4 Diploma increasingly valued as you move into senior management or buying positions. Sharon Sevrens is unequivocal: “Do your WSET! I require Level 3 before someone is considered a wine sales person.”

In any case, a good independent wine merchant will have to show they can taste, but also talk about wine in an engaging way, and move beyond their personal likes and dislikes into a real understanding of the diverse world of wine and, often, beers and spirits too. In addition to knowing the theory inside-out, it's also important to be able to talk to customers in a non-technical language they can engage with and feel relaxed around. 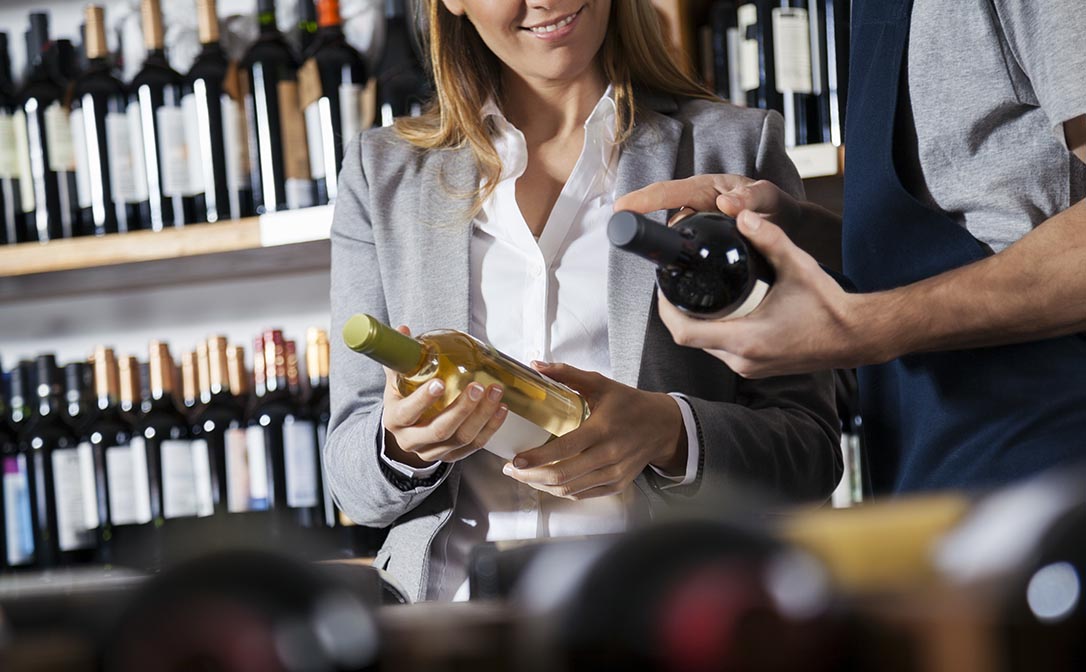 The 'wine' part of the job title is, understandably, the most attractive. However, in addition to having a clear idea of what your business will look like, and having a sophisticated grasp of wine and alcoholic drinks, understanding the third word – 'merchant' – is critical. All independent wine merchants are independent businesses, not so different in their day-to-day requirements and complexities from restaurants, estate agents or butchers. Many an enthusiastic, well-informed merchant has gone out of business due to an inability to master stockholding, invoicing terms, staff costs and the various regulatory tripwires that exist in local markets.

Licensing, cashflow and book-keeping can all cause major problems for new independents more focussed on attending tastings and learning about wine than keeping up-to-date with regulations. The Alcohol Wholesaler Registration Scheme (AWRS) guidelines in the UK are one example, while Arunas Starkas of Vyno Klubas in Lithuania says, “Today we have new challenges as the Lithuanian government is changing business conditions dramatically: doubled taxes on wine, increased legal drinking age from 18 to 20, restricted marketing and communication on wine and shortened opening hours of shops. It is going to change the retail rules.” Merchants who don't keep their eye on the ball can easily find themselves outpaced by legal or financial events around them. That means taking your head out of the clouds and away from the vineyard classifications of Germany and looking at turnover versus profit, stockholding and overheads in detail, and keeping an eye that you are paying your bills, and that yours are being paid in return.

So what else does it take to be a success if you're starting up your own independent merchant? Well, cash. You're going to have to buy some stock up front, without credit terms, and you'll have overheads to pay long before you sell what you've bought. The initial months of any independent merchant business inevitably run in the red. A herculean work ethic is going to be essential. For many newly established merchants saying goodbye to 9-5 can instead mean saying hello to ‘round-the-clock’ (but with access to 19th century Madeira). If you're used to being managed, you'll have to learn how to prioritise your own time, not to mention acclimatising to working weekends, evenings and holidays. 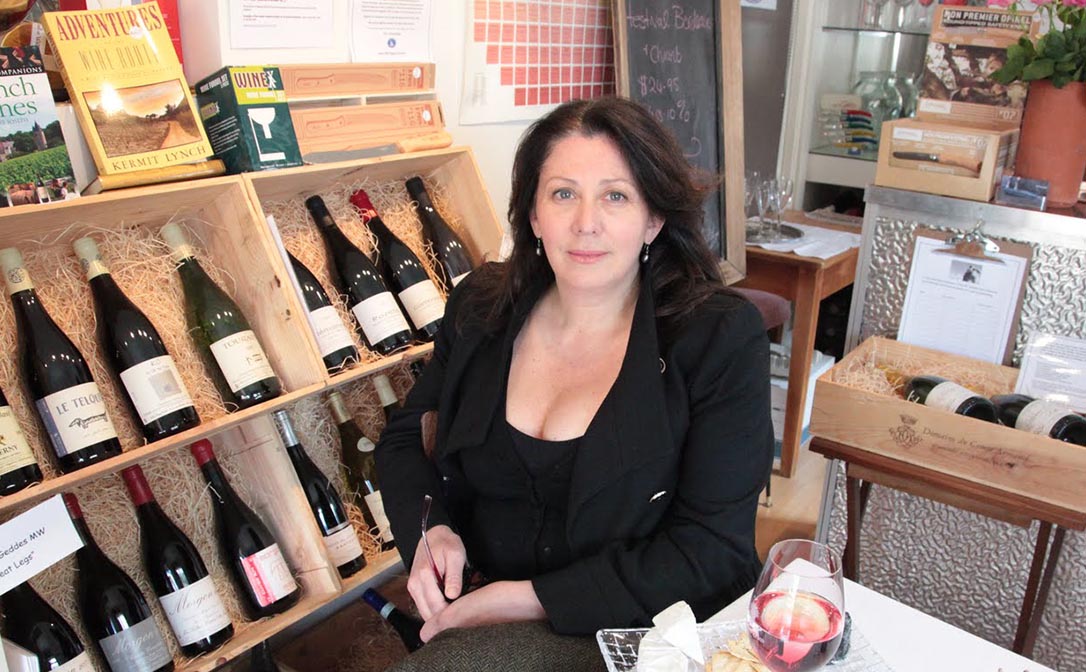 Gill Gordon Smith of Fall from Grace, in McLaren Vale says, “Trust yourself and your vision".

An understanding of how to balance looking after your existing customers, while also attracting new ones, is essential. If you are of the Build-It-And-They-Will-Come school of thought, you're in the wrong business. Wine retail is intensely competitive. All merchants experience attrition (and defection), so you can never rest on your laurels by taking custom for granted. You always have to be ready to engage with your local community, explore new products and utilise new technology to stay relevant.

In time, if you make it work, you'll have the welcome challenge of hiring and managing staff. They will be the face of your business when you are not around, so investing time in their training and wine knowledge is essential. However, most merchants agree that the right sales staff can be hard to find. Many potential applicants are interested in wine but don't have the all-important interest in retail to make their role a success. As Arunas puts it, we all need “sales people who like to sell”.

If you're not ready to establish your own independent merchant business, then there is no better way to understand everything that it will involve than by starting at the bottom as a trainee and working your way up. Everything you see on your way will eventually be your responsibility if you go it alone, and having a comprehensive understanding of the career in all its variety is invaluable. Even if you don't go on to establish your own company, you may have access to travel, trade tastings, motivated colleagues and engaged customers, and staff discount – so it won’t be a wasted experience.

Sadly, that won't entirely make up for the fact that if you are coming from a white collar industry into wine retail, you'll almost definitely be looking at a substantial pay cut. Nonetheless, you'll be expected to do a great deal more, and more quickly, than in the majority of office-based jobs. A day in an independent wine merchant can involve everything from liaising with the local council to taking a pallet of wine into the shop, organising an off-site event, setting up a wedding gift list, paying your suppliers, chasing payment from your clients, tasting with a winemaker, installing a new printer, grinding out a rota, reconciling your accounts, looking after every customer who comes through the door, pricing up new stock - and polishing a hell of a lot of wine glasses.

Independent wine merchants may not have the swagger of sommeliers, the mystique of winemakers or the glamour of wine writers, but they are at the vanguard of the exciting and dynamic end of the wine business, with the freedom to pursue their own vision of wine and business and engage people at the grassroots. There is no better way to understand the complexities of wine, and the way people buy it, drink it and enjoy it, than by working as one.