Asami Sudo was recently crowned Miss Sake 2018 in a competition which saw 900 women from across Japan compete to win the coveted role as a global ambassador for sake and Japanese culture. A medical student working part-time in a restaurant with a passion for international communication, Asami tells us how her new WSET qualifications will help her achieve her dream of sharing the wonders of sake with the world.

What originally inspired you to become passionate about sake?

I always liked drinking sake because of its taste and flavour, but it was my first visit to a sake brewery that inspired me to become passionate about it. I drank sake there with a feeling of local nature, with a taste of local food and whilst hearing passionate stories of sake-brewers.

Modern sake-brewing seems to be a kind of art, made up from tradition, nature, local community, brewers’ philosophy and skills, and science. I still remember the excitement at the time, and since then, I’ve been captured by its attractions.

What did the Miss Sake 2018 competition entail?

This year approximately 900 ladies applied for the competition, out of which 23 finalists were selected. Before the final competition, we, as finalists, had a two-month special training program, called “Nadeshiko Program," where we learned a lot about Japanese culture, international protocols and how to put on a Furisode - a special kind of kimono for unmarried ladies. 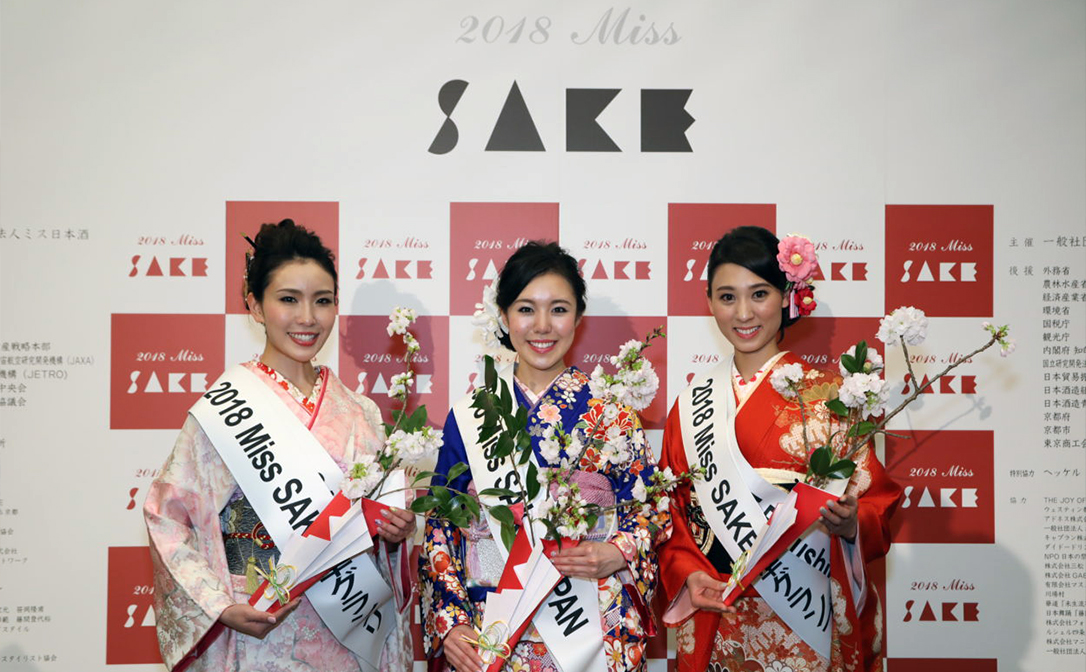 Sake and wine are important cultural assets that are familiar among Japanese and European people respectively. But while wine has long been loved globally, sake has developed almost exclusively inside the island of Japan.

My role as Miss Sake is to share the greatness of sake and Japanese culture with people within and outside Japan. As wine is one of the most popular alcoholic beverages all over the world, conveying the attractions of sake compared to those of wine seems to be the most effective way to get more people interested in sake.

Learning the basic types, production methods and principles of tasting both wine and sake were the most valuable things I learned from the WSET qualifications. They will greatly help me deepen people’s understanding of sake and introduce it to those who are not familiar with it.

What does the achievement of winning Miss Sake 2018 mean to you? What do you hope to achieve now that you have won?

I cannot express my excitement at being selected as Miss Sake 2018. Sharing the greatness of Japanese culture and sake within and outside of Japan has long been a dream of mine.

I think sake has far richer attractions than are known to people across the world, even in Japan, so I will try my best to contribute to a broader introduction of sake culture to secure the future of sake.

Every different cup of sake gives us joy and excitement about the infinite varieties, makes us proud of Japanese culture, and enriches our minds by helping to create warm human relationships. The more I have learned about sake and the more varieties I have enjoyed, the more strongly I have been attracted to it.

Learning the basic types, production methods and principles of tasting both wine and sake were the most valuable things I learned from the WSET qualifications. They will greatly help me deepen people’s understanding of sake.

How would you advise someone new to sake to learn more about it?

First, I’d like them to know that anyone can find a sake they like as there is a great variety of flavours and styles, from charmingly floral to rich-and-mellow flavours, and sparkling or cloudy styles.

What’s more, sake pairs very well with both delicate and rich foods, especially Japanese food, which was recognized by UNESCO as an intangible cultural heritage in 2013. It can also be served at a wide range of suitable temperatures. When it’s warmed, it has richer aromas and a softer texture. The idea of drinking warm sake and enjoying the drastic change of taste by temperature can be a fascinating feature to those new to sake.

What’s more, the great variety of sake vessels is also unique, and the choice of vessel has a great effect on your impression of the sake.

So, I’d like people who are new to sake to find more and more excitement in it by enjoying it at different temperatures, in different vessels and in combination with different kinds of food.

International Q and A Sake
All Articles