The role of WSET Honorary President has been filled by some of the wine world’s most notable figures: wine critics and writers Michael Broadbent MW and Jancis Robinson MW, the late sommelier and hospitality legend Gérard Basset MW, and wine expert and vineyard owner Steven Spurrier are among the names on the roll call. Now, for the first time, a producer from a multi-generational winemaking family is taking on the title – Paul Symington, the former chairman of leading Port producer Symington Family Estates.

When I ring Symington to discuss his new WSET position, one question seems particularly pertinent: if you could open any bottle to celebrate the appointment, what would it be? He answers without skipping a beat: Dow’s 1945 Vintage Port, of course. ‘My uncle had his 89th birthday in Lisbon 10 days ago and I drove down to have lunch with him,’ Symington recalls. ‘He opened a bottle and didn't tell me what it was. To my absolute astonishment, I actually guessed it right. It's very difficult to guess wines of that age: it could be from the ‘50s, it might even have been a ‘63. But this was just the best Dow ‘45 I've ever had. I'd like to have that bottle again to celebrate.’ His selection is telling. Yes, it demonstrates his finely tuned palate, honed through years of tasting practice. It showcases a near-encyclopaedic knowledge of Port. But even more, it points to his deep connection with his family, and, in turn, the wines they produce.

As you go up the qualification ladder to Diploma, you can almost guarantee that the people you’re studying with are going to become sommeliers or wine writers or producers. You’re establishing a trade network, and that’s one of the greatest benefits of taking a WSET course.

Indeed, Symington’s commitment to his family and to the greater wine community is the driving force of his career. He was born and raised in Portugal – ‘I may sound like a Brit,’ he laughs, ‘but my family has lived in Portugal since the 19th century.’ He grew up around wine and vines, learning the intricacies of the vineyard and winery from his father and his uncles. And though he was sent to school in England at the age of 12, he never doubted that he would return to the Douro. ‘I really never thought of doing anything other than coming back and working with my family,’ he explains. In 1979, as Portugal was dealing with the economic, social, and political aftermath of the Carnation Revolution, Symington moved back home and joined the company as the fourth generation of Symington Family Estates. He was made company director, then joint managing director, then, in 2003, chairman.

Over the next 16 years, he helped the company become the foremost producer of premium Ports and boosted the global reputation of the wines of the Douro. During his tenure, the business came to account for more than 30% of premium Port sales worldwide. Symington served as chairman until 2018, when he stepped down and his cousin Johnny took on the role. ‘My proudest achievement is handing on the family business in better shape than when I inherited it,’ he says. Today, he remains active in the company, and is the chairman of UK distributor and Symington Family Estates subsidiary John E Fells & Sons.

Now, he says, he’s excited to add the role of WSET Honorary President to his involvement in the wine industry. ‘It is an honour. WSET is an extraordinary organisation that has diversified very well. Its globalisation is also impressive - only 19% of students are from the UK now.’ As a producer thoroughly absorbed in his family business and the wines of the Douro, Symington hasn’t sat a WSET course himself, but he has prioritised WSET education for the next generation of his company. John E Fells sponsors its employees to go take WSET qualifications; in Portugal, WSET providers use some of Symington’s facilities in their lessons; Symington has even provided input on the Port and fortified sections of various courses. WSET has become a vital part of his company’s training, ‘Wine is complicated. New regions are constantly appearing, and changes are always happening in the traditional regions, so education is really vital.’ 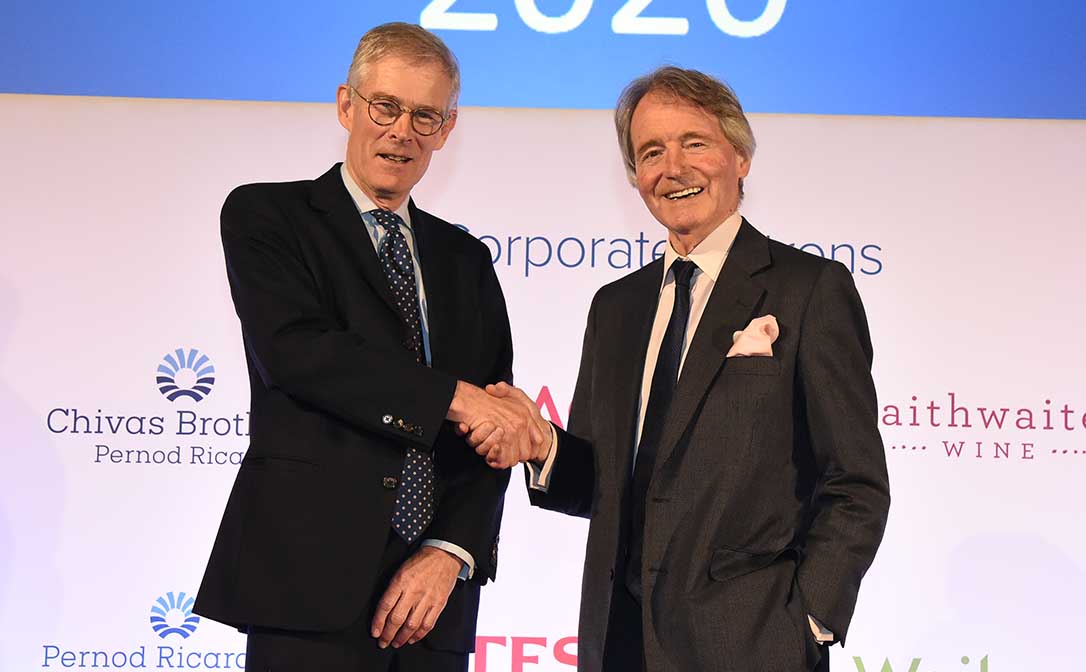 Over the years, Symington’s own global perspective on wine has developed through participation in organisations such as Primum Familiae Vini, the international association of leading wine families. He counts legends such as Philippine de Rothschild and Robert Mondavi among his teachers. Most recently, Symington tells me, his family’s company joined International Wineries for Climate Action. The organisation’s goal is to implement measurable, sustainable strategies, encourage other wine companies to take action, and explore solutions to respond to climate change.

Why is Symington so excited to be involved with WSET? For him, it fosters that sense of community and exchange of ideas, and is accessible to anyone interested in wine and spirits. ‘As you go up the qualification ladder to Diploma, you can almost guarantee that the people you’re studying with are going to become sommeliers or wine writers or producers,’ he explains. ‘You’re establishing a trade network, and that’s one of the greatest benefits of taking a WSET course.’

To find out more about our full range of qualifications and what they mght do for you, click here, or find a course provider near you via our "Where to study" page.

Prepared for WSET by Kate Malczewski

Graduation Meet the Wine
All Articles