So, what are the factors that go into finding that perfect bottle? In my view it breaks down into three main areas:

While WSET can’t help you with points one and two, in this two-part series we will happily share some pearls of wisdom on point three. Rest assured, however, that you do not need to break the bank to find a great dram for a dear friend.

Interested in developing a base of knowledge in spirits? Our Level 2 Award in Spirits will teach you about the fundamental production methods and principal raw materials discovering how they are used to make the key spirit styles.

Whisky is for everyone (of legal drinking age)!

While in the past whisky might have been considered a male preserve, recent trends towards brown spirits in younger female consumers have broken that cliché. So, the first lesson in Whisky Gifting 101 is to liberate your thinking and consider first and foremost the flavour profile that will appeal to your friend. Will they appreciate a bright and fruit-forward Irish whiskey, a rich and intense sherry-cask influenced malt, a smoky Islay peat-bomb or a robust and characterful Bourbon?

What exactly is whisky?

Very often in life it pays to ask the simple question first, even if that question seems rather rudimentary. In the broadest sense, whiskies are barrel-aged spirits made from grains such as barley, rye, corn and wheat. Whiskies are made throughout the world and the best-known examples come from Scotland, the USA, Ireland, Canada and Japan. Depending on where the whisky is made and what words appear on the label, there will be various regulations that define the liquid in the bottle.

What is the best type of whisky?

If there was a straight-forward answer to that question, then this article would end here. What’s more, a large section of our WSET spirits courses would also be far shorter! As the hundreds of books and magazines written on the subject will attest, no single type of whisky is intrinsically better than another. It always comes down to the skill and decisions of the whisky maker. But the label will often tell a story, so let’s explore some of the words that you will find on a bottle of whisky …

This is a whisky made from malted barley and distilled in traditional copper pot stills. Malted barley lends a cereal note to the spirit, with aromas ranging from porridge to toasted brioche bread. 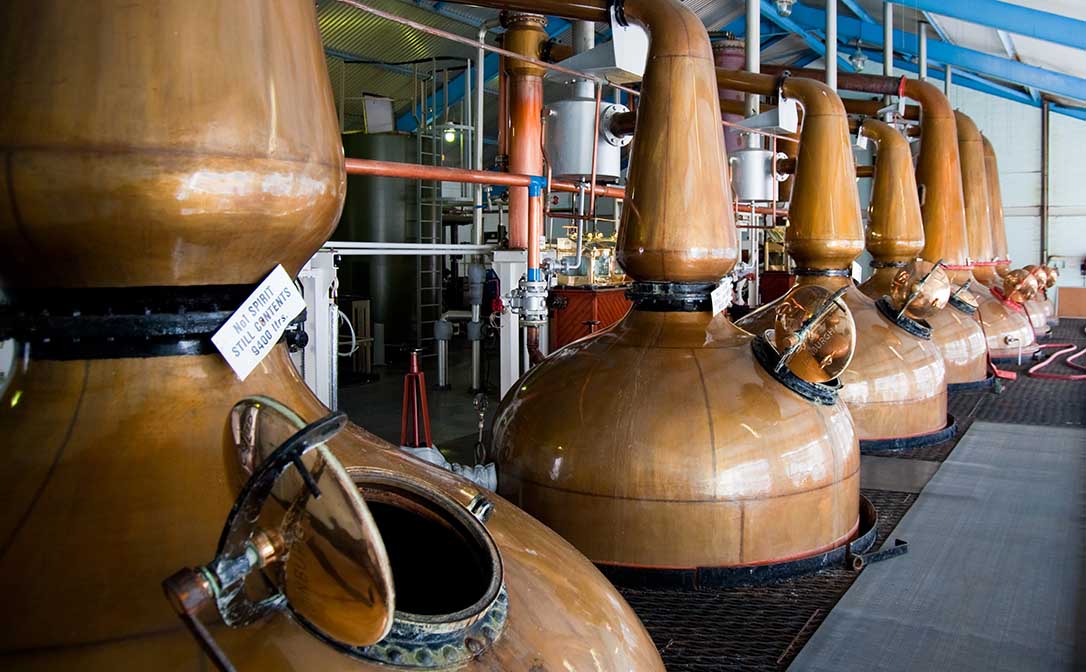 If a Malt Whisky is made and bottled in Scotland, aged for a minimum of three years in oak barrels and the product of a single distillery, then it’s a Single Malt Scotch Whisky. But Malt Whisky can be made anywhere, and some of the finer examples currently on the market today originate from Japan, the USA, Ireland, India, Taiwan and even Tasmania. Malt Whisky tends to be on the pricier side of the aisle, however, there are many fine examples available in the £30 - £70 range.

What does it mean if a malt whisky is peated?

As part of the malting process, barley grains have to be dried out. In some areas of Scotland and Ireland, this would have historically been done using locally sourced fuel known as peat. This process imparts distinctive smoky aromas to the whisky, and many malt whiskies from the Scottish island of Islay will have a pronounced peaty character. This is an aroma profile that some people absolutely adore, and that others resolutely disdain, so perhaps find out in advance if your giftee has a taste for those smoky profiles in their food and drink. Classic peated malts include Ardbeg and Lagavulin from Islay, and the somewhat pricier Hakushu from Japan.

Next week, in part 2, we’ll discuss Irish whisky, Bourbon and whether older is always better.