Behind the scenes at Avallen, the world’s first eco-friendly Calvados

In this Q&A we go behind the scenes at Avallen – the world’s first eco-friendly Calvados brand. We talk to founders Stephanie Jordan and Tim Etherington-Judge about their passion for the environment, Calvados and - most importantly - bees!

Tell us about Avallen – what inspired you to create this brand?

Avallen is the embodiment of our values, personalities and vision for a better world. After long careers in the global drinks industry, we started discussing the vision we both had for creating the world’s most planet-positive spirits brand. We wanted to instigate change within the drinks industry, to be better people ourselves and to create a more positive world through a purpose-driven and eco-friendly drinks brand.

Why are you so passionate about Calvados? Sell the category to us!

We kind of stumbled into Calvados. Our research into different spirit categories took us to the lovely orchards of Normandy. We realised quite early that a spirit’s environmental impact comes just as much from the raw materials used as from its packaging, marketing and distribution. We analysed the environmental credentials of the common raw materials used to make some of the world’s most popular spirits - grain, sugar cane and agave – and compared them to the fruits - such as grapes and apples - used to make brandy. We used four metrics: water usage, use of pesticides, carbon emissions and biodiversity. Calvados came out on top every time. Calvados AOC has strict production regulations, with irrigation and the use of pesticides both prohibited. This ensures that over 200 varieties of apples and more than 120 varieties of pears are being preserved. The AOC works hard to promote biodiversity, ensuring a healthy habitat for bees and other pollinators.

Calvados has been around for centuries, enjoying its heyday in the late 1920s when it was a favourite tipple at the high society parties which took place in Deauville, the seaside resort for Parisians. Since the 1980s the category has been in decline, but we’ve found there is an untapped love for Calvados in the drinks industry and it is now ripe for a renaissance! 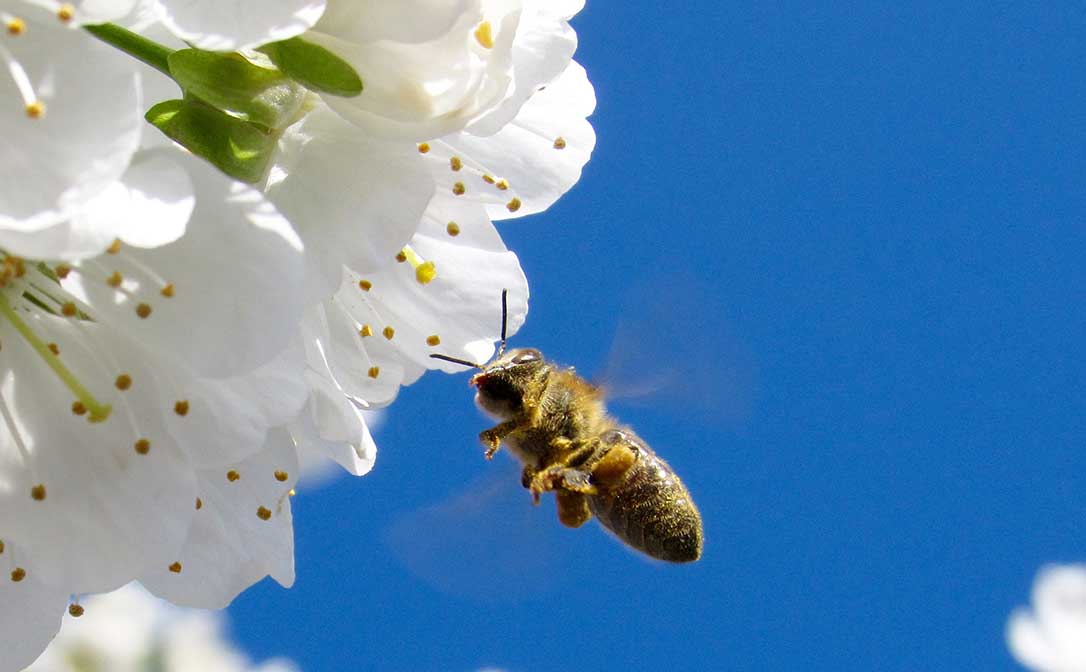 Why are you so passionate about bees and what are you doing to protect them?

The hard-working bee has been declared the most valuable living being on our planet; and yet, many species are in perilous decline outside of commercial honey beehives. So, in short, wild bee populations are in decline around the world and, if they disappear, our very survival as a species would be at risk.

We believe in achieving something more meaningful than just profit - it’s the only way to do business in the future. We have found our calling in educating our customers about the urgency of climate change and environmental protection. In practical terms, we donate €0.50 for each bottle of Avallen sold to local bee protection associations in each market.

How do bees and Calvados come together?

Our mission to save bees is at the very heart of what we do. Without the bees, there would be no coffee, avocados, berries or most other fruit and veg; including the one most important to us - apples. The orchard bees of Normandy are the number one pollinator in the region and are responsible for pollinating all the beautiful pink and white blossoms that develop into juicy crisp French apples and pears. A traditional Normandy apple tree (haute tige) can have up to 1000 blossoms in spring, of which the wild bees pollinate over 700! 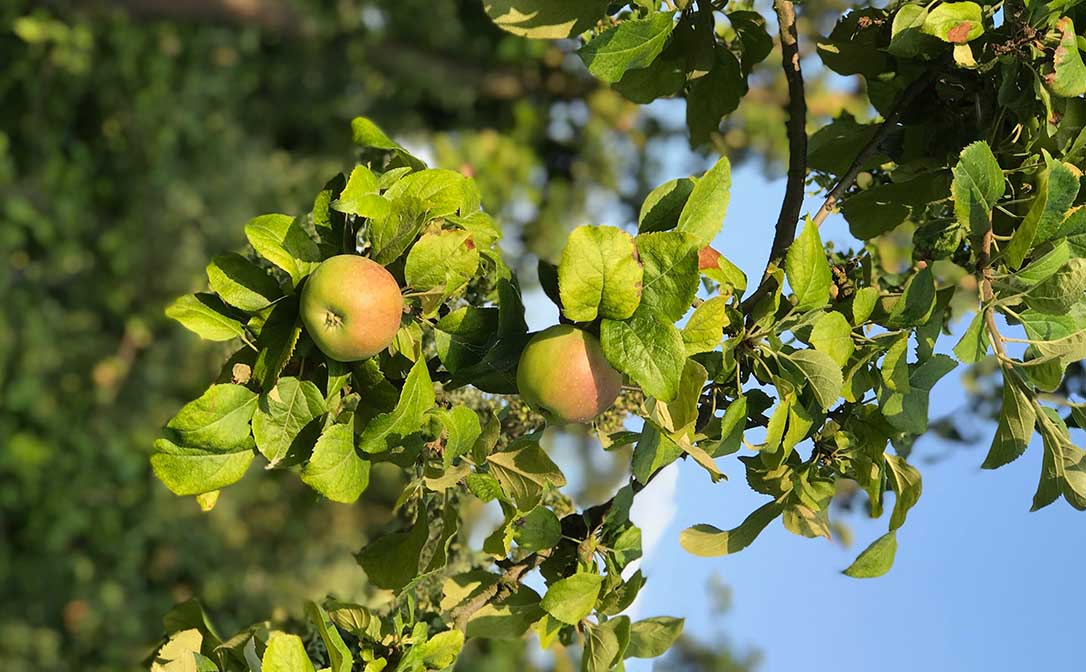 Why is it so important for spirits producers to be environmentally friendly?

We are one of the last industries to take a proper look at our environmental impact. It’s an industry which has historically involved a lot of single-use plastic and water, with large quantities of glass being shipped all over the world … and that’s just part of the story. You also need to consider the farming and agricultural practices behind spirits brands - from soil degradation and irresponsible carbon emissions to use of pesticides and fertilisers. Spirits producers need to start being more environmentally friendly if they are to improve the industry and keep pace with changing customer values. Avallen has distilled its planet-positive attributes into a simple liquid proposition - ‘made with nothing but apples, water and time’.

Calvados was recognised as an A.O.C. (Appellation d'Origine Contrôlée) in 1942, the only AOC created during World War II.

There are 3 sub-regions in Calvados (Calvados, Pays D’Auge, Domfrontias) - all of which are in Normandy, France. The spirit must be made from apples (and a small amount of pear) grown exclusively in the region. The apples are naturally fermented to make cider, then distilled in a column or pot still, and aged between 2 to 3 years in French oak as a legal minimum.

The name Calvados is said to be derived from ‘calva dorsa’, meaning bare backs. This refers to two sparsely vegetated rocks off its shore (and probably not named after a Spanish ship, which is the other popular theory).

Most of the trees in Normandy orchards were originally imported from Asturias in Northern Spain during the 6th century.

Pear trees grow much taller and wider than apple trees. They are therefore planted around apple orchards to protect them from bad weather.

Honey bees communicate by dancing - telling other bees in the hive the location of a good stash of nectar through what we call a ‘waggle dance’.

Bees flap their wings up to 12,000 times a second, not only giving them the ability to fly, but creating their signature buzzzzzzzzz!

There are approximately 16,000 known species of bee, and probably many more yet to be discovered. The Western honey bee is the one we all know and love.

The anthers of tomato flowers only release pollen when vibrated. Only Bumblebees are able to achieve this through ‘buzz pollination’. This means the bee places its upper body close to the anthers and vibrates its flight muscles at a frequency of about 400Hz. Bumblebees are the only insect that can pollinate tomatoes.

Female bees do all the pollination and nectar collection. Male bees, known as drones, only really exist to reproduce with the queen bee.

It’s been just over a year since our official launch on World Bee Day back in May 2019. Since then, the global landscape has shifted and shaped itself into a new reality at an unprecedented speed. As a result of the global pandemic, people have slowed down, are paying more attention to mother nature and realise the need to protect our environment. This change is positive for Avallen. People want to continue enjoying a delicious tipple - knowing they are actively benefitting the planet in the process is a bonus. We have just successfully completed our first crowdfunding campaign, with over 280 investors joining our vision and mission to build the world’s most planet-positive drinks brand - with care, compassion and purpose.

If you're keen to start learning more about spirits, our qualifications will help you to look beyond the brand. Available in a classroom or online, find a course provider here.