How do vines grow?

If you’ve ever visited a vineyard, or seen a picture of one, you might imagine that vines naturally grow in neat self-contained rows. Actually, a wild grapevine is quite unruly. If left to its own devices, it would twist and turn its way up the nearest tree, using its tendrils to grab on to anything it can until it finally breaks through into the light.

However, this long, tangled vine is unlikely to produce a particularly tasty crop of fruit. Most of its energy is going into growing and climbing. A grape grower needs to control the vine in order to make it concentrate more energy into ripening its grapes.

In theory, anyone can go and buy a few vines and start cultivating a miniature vineyard. It’s no different from shopping at a garden centre – you just pick the variety you want. But you can’t simply plant the seeds of your chosen variety - say Chardonnay. You have to buy a cutting from an existing Chardonnay vine.

If you do, you’ll notice a join part way along the plant. This is the graft, where a European variety has been joined with an American rootstock. The grafting together of two plants was originally introduced to combat a nasty little pest called Phylloxera, which destroyed many of Europe’s vineyards in the late 1800s, and still lives in soils throughout the world.

American vine species are resistant to Phylloxera, but the fruit of the European vine is considered to be of better quality for winemaking. For this reason, in the majority of the world’s vineyards, an American vine provides the roots, while a European vine produces the grapes.

Once the vine is planted it takes a few years before it will give the grower a good crop of fruit. As vines are natural climbers, they need support to grow upright. In the vineyard, this support system is called a trellis. Grape growers will carefully prune the vine into a shape that allows them easy access to the fruit, maximises the ripening of the grapes and provides the vine with the right conditions to thrive.

Curious to discover more about the basics of grape growing? Our internationally recognised Level 1 Award in Wines will give you the foundation of knowledge to begin your journey in wine. 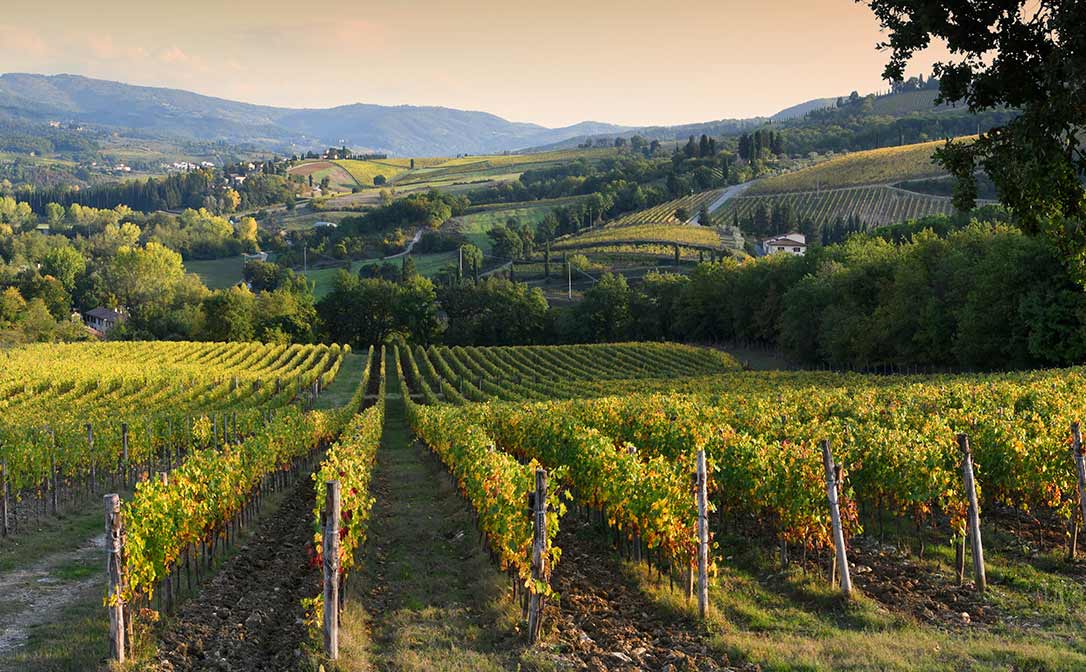 Trellises in the Chianti region

Vines are actually not the most demanding of plants. They can tolerate quite extreme conditions that other fruiting plants cannot. They’ve been known to produce fantastic grapes when they have very little access to water or nutrients.

For example, the rugged, mountainous Douro Valley in Portugal has been painstakingly terraced to allow grapes to be grown in incredibly rocky, dry soils, and on extremely steep slopes. While it may be tough for the grape grower to work there, the vines don’t seem to mind. 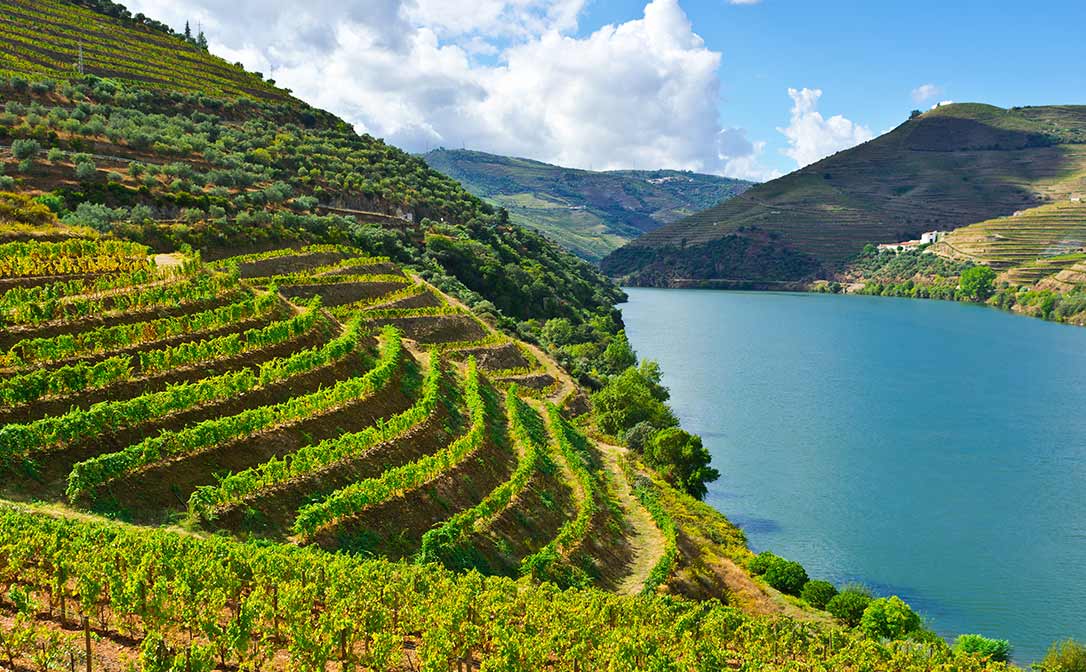 Terracing in the Douro Valley, Portugal

In Chateauneuf du Pape in France, they grow wonderful grapes in vineyards covered in large stones known as ‘galets’ where very little else will grow. The vine is one of nature’s true survivors!

Along with a little help from us humans, all that it needs to thrive is sunshine, warmth, a little water and nutrients in the soil. It is easy to see why this miraculous plant has been such a popular crop for thousands of years.