North Macedonia, formerly known as Macedonia, has a longstanding and intriguing relationship with winemaking. However, over the last half-century, one grape has become almost synonymous with the nation. This week, Zvonko Herceg, WSET Educator, Tikveš Chateaux & Domains, tells us about this enchanting nation and its famous Vranec wine.

The rising star of the "New Old World"

On Vranec World Day, October 5th, I am transporting you to a lesser-known corner of southeastern Europe: North Macedonia. This is the land of the eternal sun, where the black grape variety Vranec is the star of the show on the wine stage.

The nation is located within the Balkans, bordered by Kosovo, Greece, Bulgaria, Serbia, and Albania. Famed for its mountainous terrain, with some peaks reaching above 2000 meters (6551 feet). 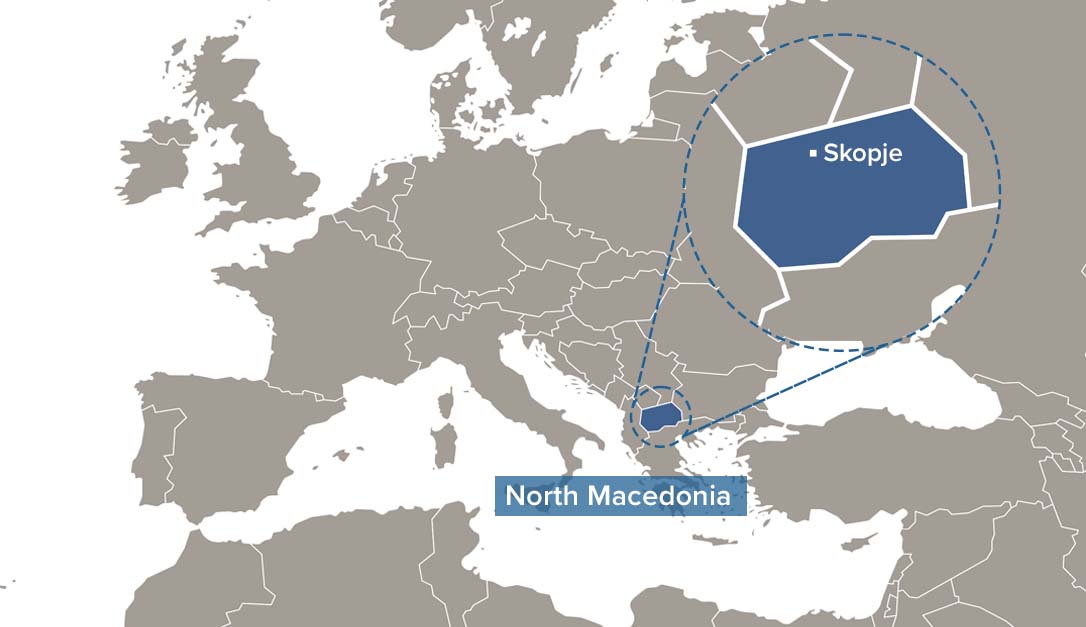 Yes, it's generally confusing and outdated to view the wine world through the lens of the old world and the new world. However, wine critics have conjured up a place for the under-explored wines and varieties of the Balkan Peninsula to sit: the "new old world". This relates to this region's history as one of the oldest and earliest beginnings of wine culture, beyond the Caucasus.

The spread of wine culture from the east to the west did not pass the then 'biblical' Macedonia, so you can still find the remains of grape growing and wine production dating back to 320 BC. This predates the evidence of the Roman wine renaissance in this area.

Today, North Macedonia still stands at the same crossroads, full of the memories of turbulent times that barely give this part of Europe any peace. That's the Balkans, in a nutshell, a restless spirit, full of surprises but also a place of warmth, cordiality, love, and passion.

From ruins to premium wines

The long tradition of wine production in North Macedonia is indisputable, but for the Vranec grape variety, its story begins toward the latter part of the twentieth century after the second world war.

At the time, the nation was the then-destroyed Republic of Macedonia, part of the Socialist Federal Republic of Yugoslavia, and Vranec was introduced as an experiment. It was first planted in the vineyards near the capital, Skopje, as a high-yielding variety intended to moisten the throats of 20 million people with red wine while maintaining some quality.

Keen to take your wine knowledge and tasting skills to the next level? With the WSET Level 3 Award in Wines, you’ll gain a detailed understanding of grape-growing and winemaking, learn to assess wines accurately and use your understanding to confidently explain wine style and quality.

Vranec succeeded, much to the delight of the grape-growers, who competed to create higher yields. They were reported to produce as much as 150-180 hl/ha.

Fortunately, the country has changed a lot. Grape growers have expanded the plantings of vineyards which now cover an area of 10,800 ha. Although the number of vineyards producing Vranec has increased, the yield has decreased with a better selection of terroir to, on average, around 70 hl/ha, and to 30hl/ha in the best wine growing regions with the best expressions of terroir.

Winemaking techniques have continually improved over the years with cutting-edge technology and better grape processing. This has given rise to excellent results in the quality of the wines and literally raised Vranec from the rubble of WWII into the premium wine category.

The Vardar river valley, which runs from the north of the country to the southern border with Greece, is considered the main artery of North Macedonia. The heart of which is considered to be in the most important subregion: Tikveš. Under the same name, Tikveš, you'll also find the oldest winery in North Macedonia, founded in 1885, which is the main driver of the development of the region. 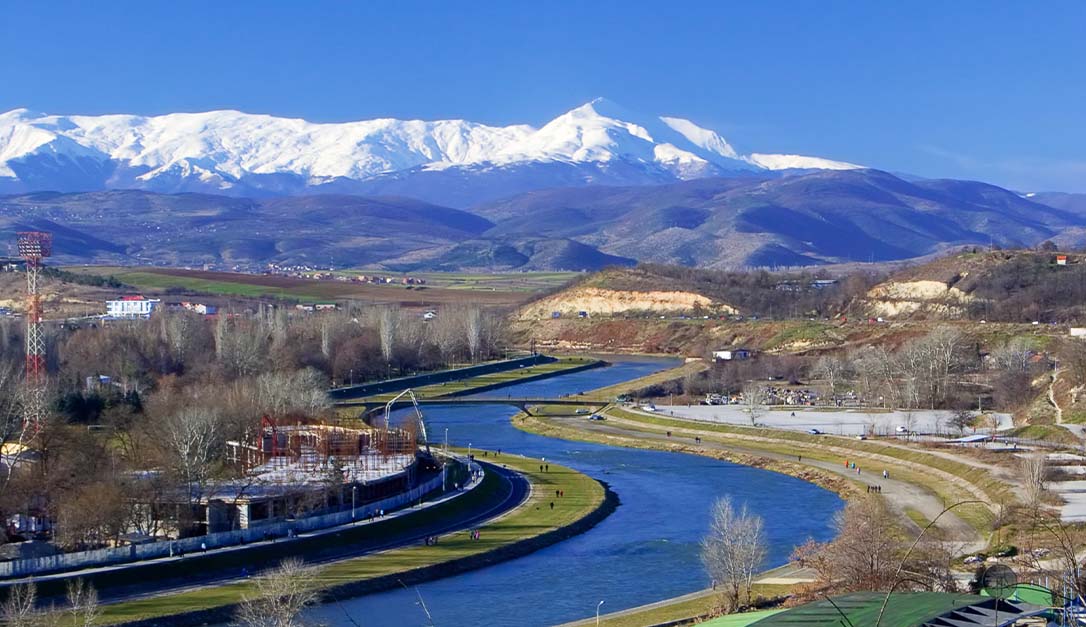 The Vardar river is the longest river in North Macedonia

The wine-growing climate is significantly unique. This is due to the mixture of the Mediterranean, continental and mountain influences. The Vardar River valley's cooling breeze also contributes to the ideal microclimate that Vranec enjoys. The soil is diverse and offers various expressions in reds made from this variety. It also provides space to grow a large range of other grape varieties, which contribute to the blends with Vranec.

The phrase "vran" in Old Slovac translates to "black". Wine from this variety in colour is very dark – almost black – which corresponds with its etymology. 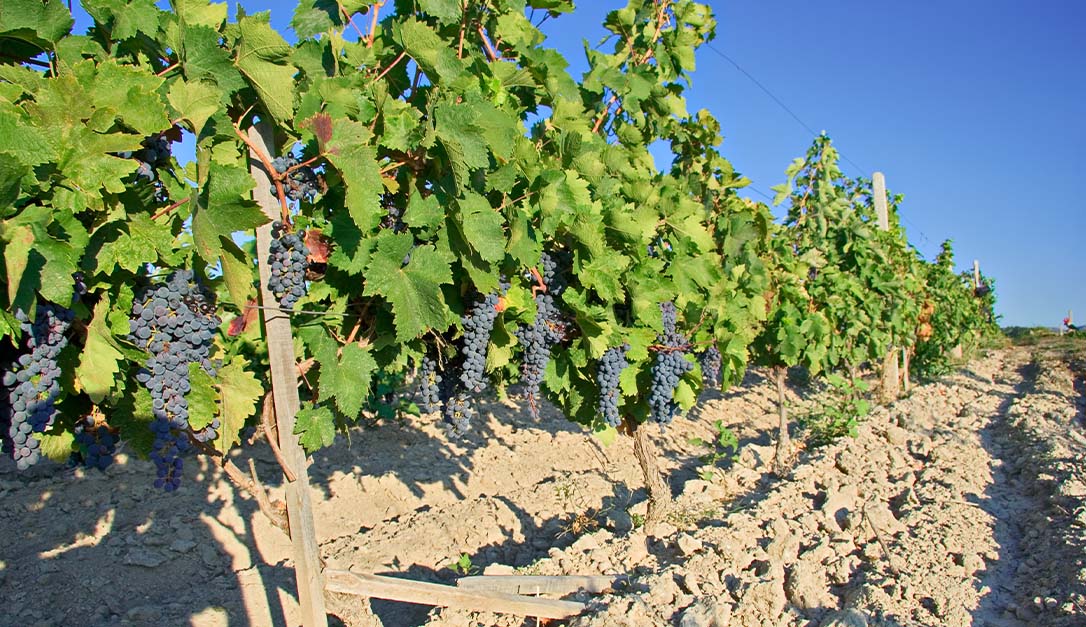 Vranec grapes on the vine

Via DNA analysis, Vranec has been proven to be an offspring of Zinfandel (or Primitivo), and these two varieties are often planted together in the vineyard as they tend to ripen at around the same time. However, there are subtle scientific differences between them. You'll also find slight differences in the typical characteristics of the wines they produce.

Vranec in single-varietal wines often offers opulent aromas of black fruit, blackberries, overripe Marasca cherry, prunes, and subtle notes of game. On the palate, these wines are often dry with refreshing acidity, full-bodied with velvety well-rounded tannins, and pleasantly warm but high alcohol content. The firm structure makes these wines capable of ageing for prolonged periods in barrels and bottles, increasing their complexity to the satisfaction of consumers.

Want to learn more about North Macedonia and Vranec? This article was created in conjunction with the WSET School London webinar: Discover North Macedonia's Vranec grape with Zvonko Herceg. Watch the whole webinar below.