Blind Ambition film: A story of dreams and perseverance

Recently, a few members of the WSET team were fortunate enough to attend the London charity premiere of the documentary film: Blind Ambition. It follows the story of four Zimbabwean refugees who become sommeliers and prepare to compete in the World Wine Tasting Championship.

Watch the trailer for Blind Ambition above

A remarkable and captivating story, the narrative focuses on the journeys of Pardon Taguzu, Tinashe Nyamudoka, Joseph Dhafana, and Marlvin Gwese. It looks at the hardships they faced living in Zimbabwe and their motivations for emigrating to South Africa. The documentary then traces how the four men, with no previous knowledge or interest, developed a passion for wine that would lead to life-changing opportunities - and how they came to put a team together to compete in the World Wine Tasting Championship in Burgundy in 2018!

All four of the team studied at The International Wine Education Centre (IWEC), a WSET course provider in South Africa. Cathy Marston, Director of the IWEC, adds: “Their determination and resilience, as well as their support for each other and the whole Zimbabwean wine community here in South Africa, has been truly impressive”. She adds that they are a huge inspiration for many students such as those in the Pinotage Youth Development Academy.

We caught up with Warwick Ross, one of the film’s co-directors. He previously produced Red Obsession, a film about the changing face of the French wine industry. Warwick comments, “here was an opportunity to tell a very human story of adversity, desperation and discrimination but also of determination, tenacity and succeeding against tremendous odds – and all set in the world of wine.”

He adds, “In the end - we realised the film was not so much about four friends heading to a competition, but rather how they end up affecting the world around them, in a very positive way. If there is a takeaway, I think it's this: open yourself to the great rewards that diversity and inclusivity can bring.”

How can the wine industry be more accessible and inclusive to people around the world?

Addressing issues of visibility, Warwick noted the impact this film had on people worldwide. For many people, particularly other Zimbabweans and people of colour in Africa, the cast (Joseph, Tinashe, Marlvin and Pardon) are role models and heroes. Many people would never have conceived that they could have a career in wine: “What seemed like an impenetrable bastion of white privilege, unachievable skill levels and incomprehensible terminology have suddenly now been shown to be achievable.” 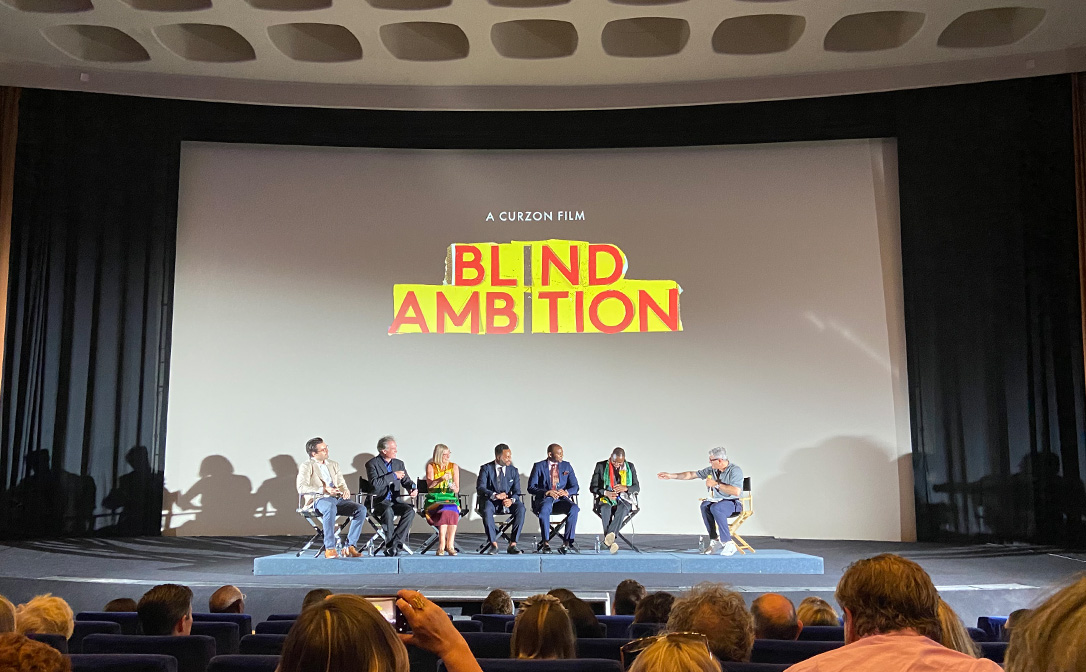 Warwick adds; “What a group of black men have achieved within a predominantly white setting, shows that despite the lack of diversity in the wine industry, success is possible.”

Problems surrounding wine’s exclusiveness, how it is taught, and how students are expected to learn, were also highlighted in the film. Commonly accepted descriptions of wine, tend to rely heavily on a European and English lexicon of tasting terms.

After the film premiere, there was a live Q&A among the audience and this notion was addressed by Jancis Robinson MW. She said: “There is a movement now, within the world of wine to welcome a much wider range of people and palates. Wine education and publishing have been very Eurocentric and Anglocentric up to now. It is crazy for people to taste fruits like gooseberry to indicate Sauvignon Blanc, when you can only find gooseberries in small parts of the world. However, the leading educational body in the world (WSET) is consciously trying to develop alternative tasting vocabularies for different parts of the world."

Victoria MacKenzie MW, Head of Product Development for Wine Qualifications at WSET comments: “We are at the start of a project to explore how WSET’s Systematic Approach to Tasting Wine could be enhanced to be more accessible for a global audience. As a first step, we will be reaching out to a number of wine educators and communicators around the world to start conversations and seek feedback and advice. We are keen to keep an open mind, especially at this early stage, and are excited to see where these developments will take us.”

If you're interested in kickstarting your career in drinks, our qualifications can enable you to get a foot on the ladder. Use our Where to Study page to find a course provider near you.

This article was prepared by Marcus Hill, Digital Marketing Executive, WSETGlobal with a huge thanks to all those interviewed within the blog.