This week we interviewed Regine Lee MW DipWSET, co-founder of Women in Wine LDN and Head of Operations at Liberty Wines, Deborah Brenner, Founder and CEO of Women of the Vine & Spirits and David Rudman DipWSET, Executive Director WSET Americas.

How can we help #BreakTheBias?

The theme this year, #BreakTheBias, challenges us all to think about what we can do as individuals to break the bias in our communities, workplaces, schools, colleges and universities. Whether it is deliberate or unconscious, bias makes it difficult for women to progress in society and individually.

Although it can sometimes be challenging to know what to do to make a difference, Deborah Brenner reminds us that: “It is our responsibility as leaders, as change-makers and as allies to confront our own biases and work towards creating a more diverse, equitable, and inclusive industry for all.” With that in mind, Regine Lee, asks us “Where do we see unintentional bias against women? How can I change my own biases?”.

She goes on to suggest that some of the actions we can take to prevent bias might be as simple as: “not interrupting people when speaking in meetings, being aware of micro-aggressions, looking critically at our own biases when hiring what we think are the ‘best’ candidates, checking pay parity among women and men in the same roles, and better-accommodating women who are pregnant in the workplace.”

Acknowledging its existence is not enough and we need to act collectively - by speaking out against bias, stepping in and preventing discrimination.

WSET has put together a series of webinars for International Women's Day. You can watch the session with Michelle Bouffard DipWSET here, Emma Rice DipWSET here and Annette Alvarez-Peters' DipWSET webinar by clicking here. 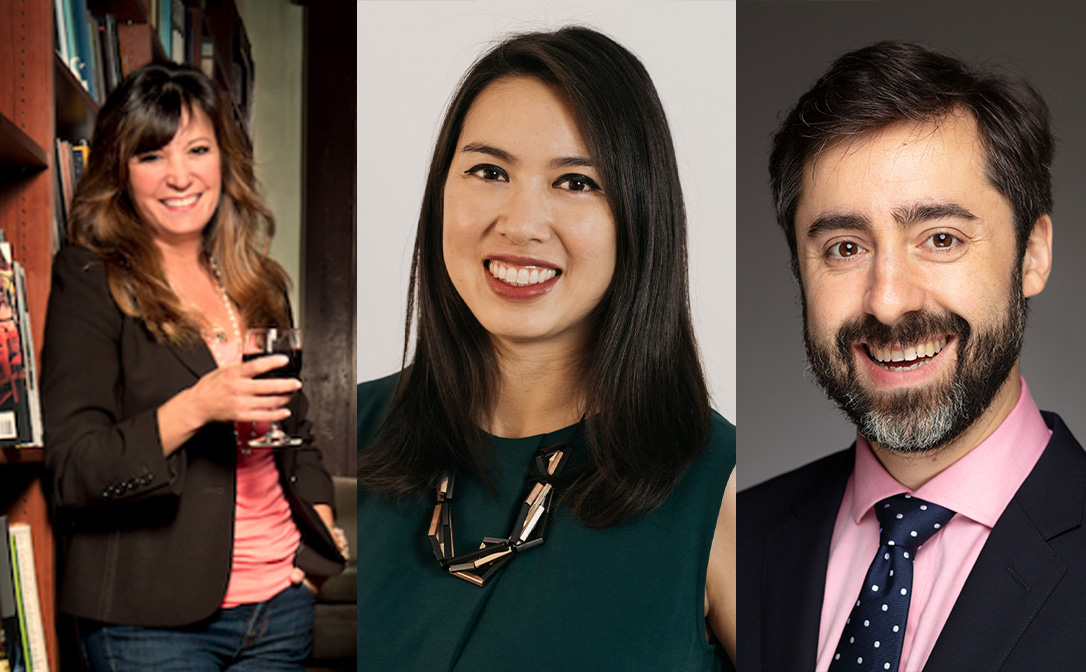 What does International Women’s Day mean to you?

For Regine, International Women's Day (IWD) represents an opportunity “to ask why it’s important to have gender equality in society and the workplace, and how we can work towards it. It can highlight the achievements of individual women and the positive advancements generally.”

However, among the positivity and celebration of achievements, the day also symbolises the need for awareness that there is still work to do. Deborah agrees with this notion, stating: “International Women’s Day is a wonderful reminder every year to celebrate how far we have come, while also recommitting ourselves to taking action.”

Although, at Women of the Vine & Spirits (WOTVS), Deborah and her team work to “uplift and empower women 365 days a year”, they see International Women’s Day as an opportunity to come together as an industry; across all sectors and time zones, to collaborate, connect and re-commit to collective change and allyship.

For David, International Women’s Day is a time for reflection on the long legacy of the oppression that women have faced in society, and which continues in varying degrees throughout the world today. But he shares the view that the day creates an opportunity to recognise “the progress that has been made by courageous and visionary women, and which needs to continue in the future with the help of women and men all over the world.”

How do you work to support women in the drinks industry?

Deborah explained to us that WOTVS is an all-encompassing global organisation, dedicated to boldly pushing the drinks industry towards a more diverse, equitable, and inclusive era that supports business development and innovation - empowering all to thrive. Deborah has a keen understanding that not all individuals have equal opportunities, which has inspired her to launch the foundation to provide annual scholarships to individuals in the industry. These scholarships are still open for applications.

David is acutely conscious of his position in a leadership role. He told us: “My allyship is based on recognising my privilege and using the platform I have to empower women in the ways that matter most”.

To support women in the wine industry embarking upon personal and professional growth, Regine co-founded Women in Wine LDN with Sula Richardson in 2015, and the pair continue to run it today along with Hannah Van Susteren. This UK-based organisation explores the key issues that women in wine face by way of debate and discussion, hosting events that focus on key topics in the wine industry as well as professional development and networking. In just over five years, it has grown into a community of over eight hundred women.

Commenting on Women in Wine LDN, Regine adds: “It's given me a huge sense of satisfaction to see the real impact we’ve had. We’ve helped women get their dream jobs through networking with each other, sharpening their negotiation skills. We have also provided a platform for women to speak about their areas of expertise to an external audience.”

Discover the full range of bursaries provided by WSET here. You can also discover some more information about the scholarships and key initiatives provided by Women of the Vine & Spirits here and Women in Wine LDN here.

Why is it important to build a community of women supporting women?

Regine believes that it is paramount to have a network of support “to build confidence, provide advice, and champion each other. She explains: “We often downplay our own abilities and achievements. Qualities like assertiveness and self-promotion help men get ahead but are seen as off-putting in women. We should bolster each other because we share the same experiences."

Likewise, Deborah explains that women need these communities so that they can learn from their shared experiences, empower one another, and champion allyship. At WOTVS, using the strengths of their community is key to creating long-lasting change. Through the membership of the organisation (which now has 160 companies and 9,000 individuals), they have created a platform to work towards the shared goal of diversity equity and inclusion.

WOTVS also supports women by working to foster a network for their scholarship recipients via funding, creating industry connections and job openings. They also recently launched a sister organisation called Badass Bartender™ for female bartenders to unite and empower one another. You can find out more about the Facebook group (with around 6000 members) here.

Regine believes that we also need a community of men supporting women. She gives the following example:

“The first time I was a panel chair of a wine competition, I had in my group an unruly older man who was (I kid you not) drinking all the samples rather than spitting. This was supposedly a wine professional, by the way. He was getting drunk and wasn’t taking the competition or me seriously and I felt I didn’t know how to manage him. A senior chairman running the event came to me and said, “Be confident. YOU are the panel chair, and you can get him in line”. Basically, telling me he had my back. That was super empowering as I knew that whatever imposter syndrome I had, it was all in my mind and not because I wasn’t seen as capable of dealing with it.”

Who are some women in your life who have inspired you?

For Regine, her mother is her biggest influence. She explains that her mother built many successful clothing stores in San Francisco from scratch - all whilst raising children. It wasn’t until Regine, herself, had children that she realised the enormity of this challenge. “Motherhood is the most challenging thing I’ve ever done physically, mentally and emotionally”. She continued, “it’s so ironic that society marginalises mothers in so many ways - ignoring the challenges they face or, equally bad, judging and underestimating them”.

She continues: "If people still believe that working mums can’t be committed or focused on their jobs, let me tell you – they can. We can multitask like demons, anticipate things five steps in advance, manage the most unreasonable, irrational of personalities (just try dealing with toddlers), and our efficiency is through the roof." 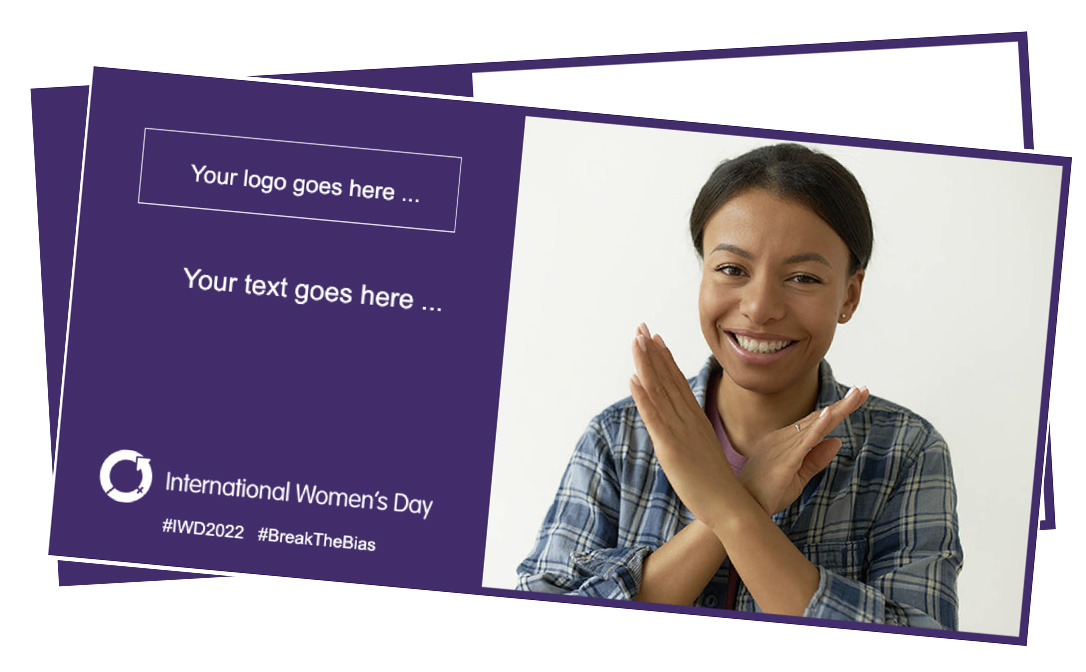 Join in on International Women's Day with customisable #BreakTheBias cards. Tap the image to make yours.

Deborah’s mother was a huge inspiration for her as well, instilling key values in her, such as openness. "She raised me and my sisters with the consciousness and passion to embrace the world, never stop being curious, and chase after our dreams.”

Deborah also highlights Maggie Henriquez, Chief Executive Officer of Champagne Krug, as a pivotal role model for her. She sees her as an inspiration due to her business leadership and her efforts to continue championing women in the drinks industry. Maggie once spoke at a WOVS event with the topic ‘Never compromise your values,’ which has had a longstanding impact on Deborah.

She continues: “At WOTVS I am grateful to gain mentorship each week, as our Live Chats bring together some of the beverage industry’s top leaders and experts. I am so inspired by the amazing members we work with, and I am constantly reinvigorated to listen, learn, and take action when tapping into the expertise of the many amazing women in the industry. Together, we can create a safer, more equitable, and inclusive industry for all.”

Regine agrees: “Virtually every woman I meet is a source of inspiration, as every one of us has something interesting to say about our experience.”

While particularly inspired by the skill, success and work of Oprah Winfrey, Celine Dion, and tennis's Williams sisters, David has been motivated and educated by many of the leaders and authors of second-wave feminist thought. So, he sees International Women's Day as a great opportunity for education, reminding us to take time to do some learning. "If you do nothing else, read a scholarly work on women's history. To know these stories is to be inspired to carry on their mission for the rest of your life. That's a lot more significant than sharing something on LinkedIn."

We hope that sharing the collective experiences, opinions and suggestions of the people in this article has helped you to evaluate and prioritise some of your own thoughts on International Women’s Day. If you would like to know more about any of the initiatives mentioned above, you can find more details below.

This article was written by Marcus Hill, Marketing Executive, WSET. Special thanks to Regine Lee MW DipWSET, co-founder of Women in Wine LDN and Head of Operations at Liberty Wines, Deborah Brenner Founder and CEO of Women of the Vine & Spirits and David Rudman DipWSET, Executive Director WSET Americas.

International Pioneers Q and A
All Articles