And you’d be in luck. Well, sort of. There've been many articles on glassware for sparkling wine published in recent times, often with a sommelier, consultant or glassware manufacturer claiming they've designed the optimum champagne glass.

Champagne Day is celebrated on Friday 28 October 2022, and what better way to take part than with a glass of fizz as we learn all about the world of Champagne. Sign up to Wine Explorer: Introducing Champagne for free here. 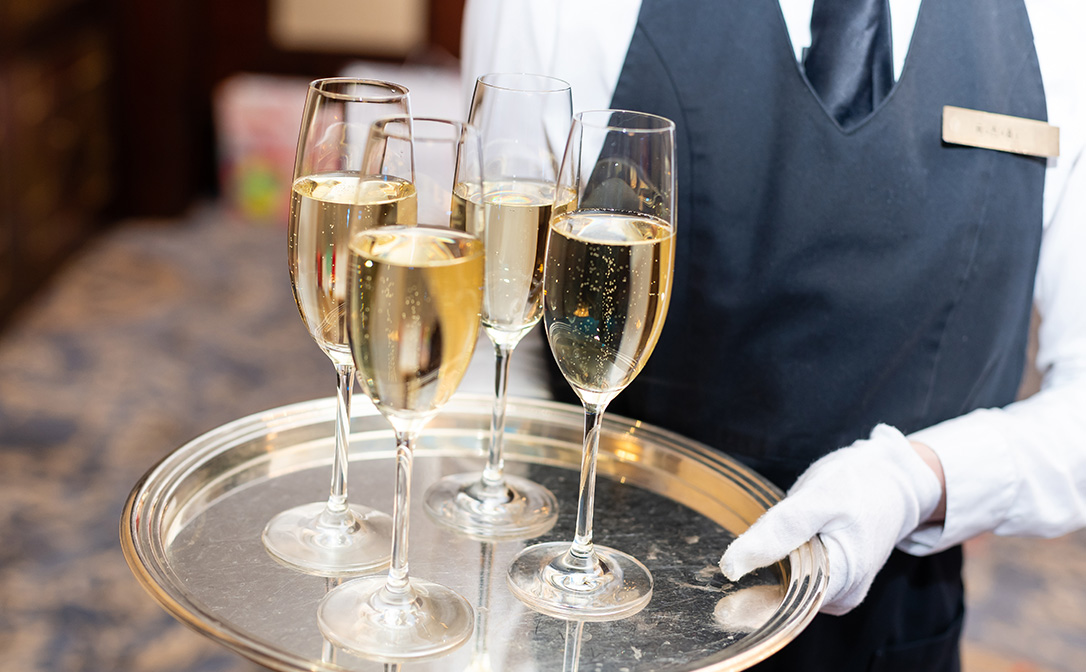 Many people still view the flute as the iconic champagne glass. With such a strong association between the flute and champagne, could this mean that the wine inside the flute is enhanced in people's perception? Likewise, although the white wine glass may be better physically for enjoying champagne, would its shape be seen as untraditional or unsuitable and any benefits be masked?

I sought to examine the physical and psychological influences of the champagne glass on the aromas perceived and if these influenced individually or in combination. 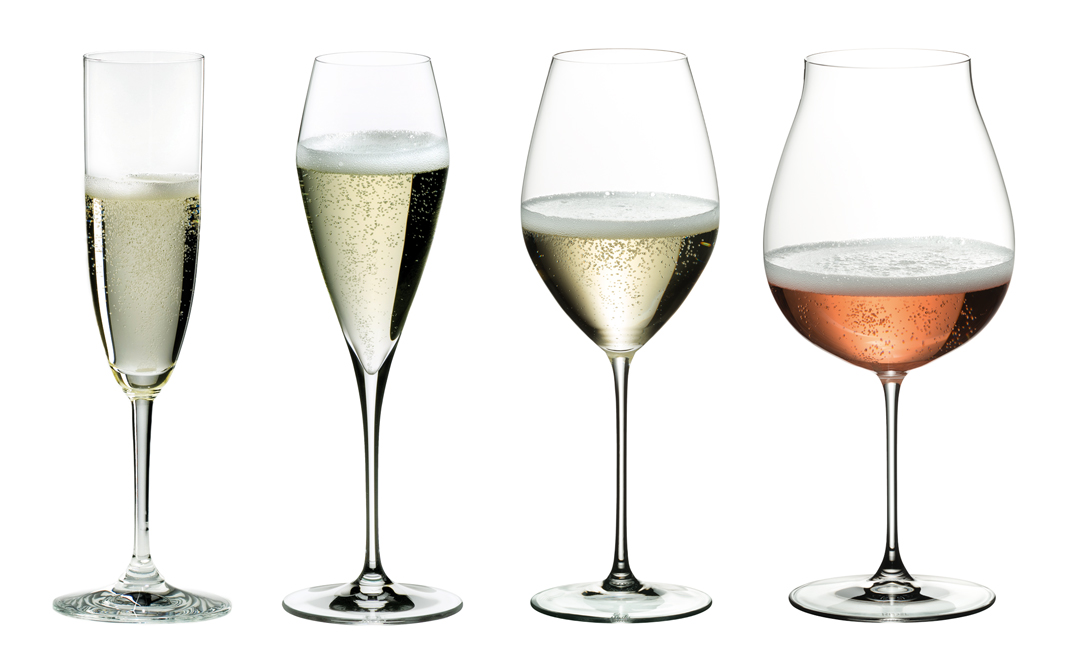 Participants recorded the aroma intensity and aroma appeal (how much they liked the aromas) of each wine on a scale of 1-9. Unfortunately, taste could not be reliably tested within this format as blindfolded participants might gain some indication of glass shape from contact with their lips. However, in glassware literature, the aroma is commonly cited as the main reason for choosing one glass over another.

It's only fair to comment that this is a single study in an area where research is rarely published. More work would be needed to confirm the reliability and further investigate unanswered questions and topics in this interesting and under-explored area of research. Unfortunately, the cost of buying further champagne means that I couldn't take it on without a substantial grant! 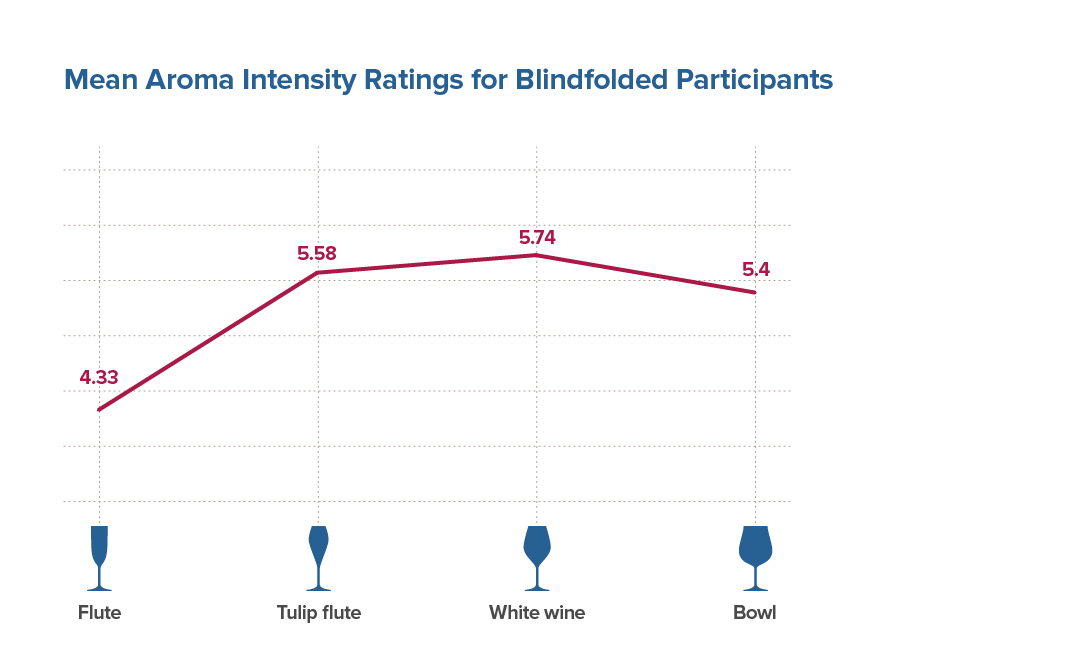 The flute's aroma appeal was rated as significantly less than the white wine-shaped glass but, whilst also less appealing than the other two shapes, wasn't significantly so. This wasn’t altogether unexpected; it's clear how the number of bubbles bursting would affect intensity but the impact on appeal is less obvious unless perhaps a greater complexity of aromas are captured within the headspace. 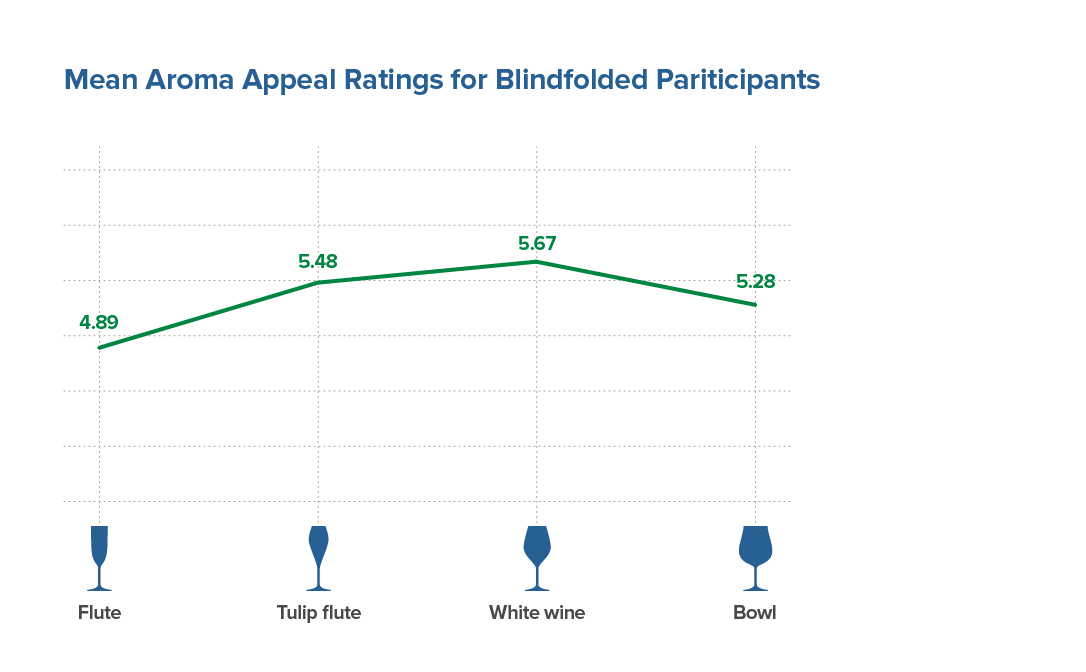 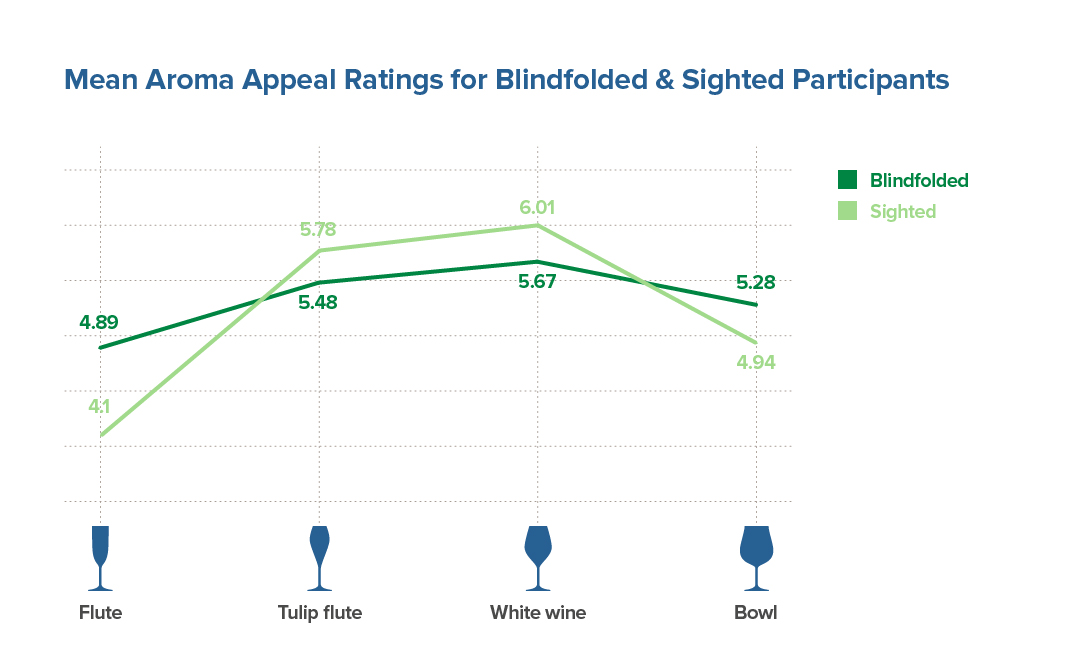 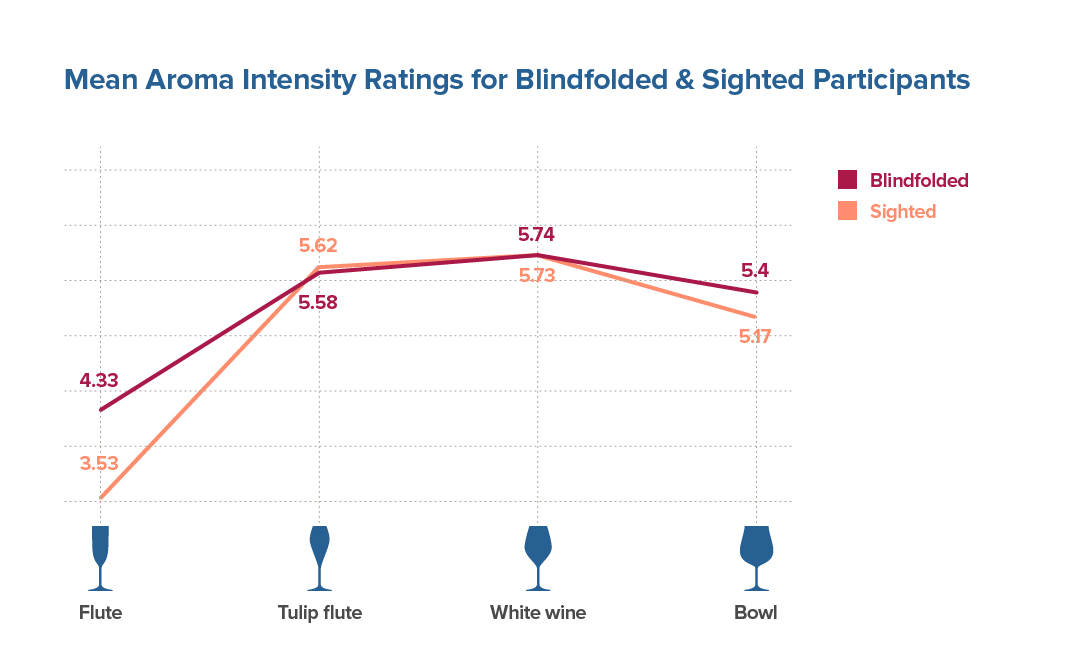 Conversely, whilst, say, the bowl glass shape might actually be well suited to more flavoursome and evolved styles of champagne, if consumers think the shape is wrong, then they may enjoy the wine less. Care, therefore, needs to be taken to match the glassware to the customer and event in question.

This article was prepared by Vicky MacKenzie MW, WSET Product Development Manager - Wine Qualifications. It is an abstract from her Research Paper (the third stage of the Master of Wine Examination), ‘Does glassware have an impact on the sensory perception of Champagne? An investigation into the relative influences of physico-chemical and psychological processes in the sensory perception of two Pinot Noir-dominant Brut NV champagnes’. You can request to read the full Research Paper through the Institute of Masters of Wine by completing this form.